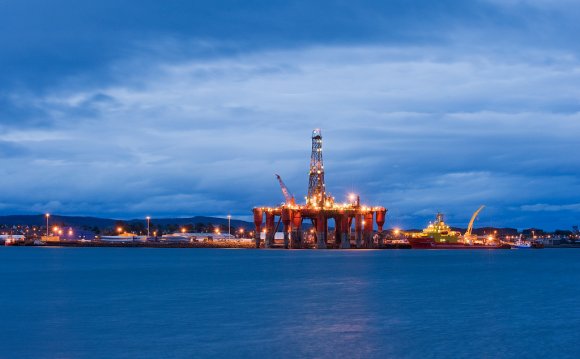 A chapter in the history of oil production in the North Sea is about to end as Royal Dutch Shell seeks approval to decommission its platforms of the Brent field which have produced 10pc of the region’s oil and gas since 1976.

The Anglo-Dutch super major has submitted plans to the Government to remove the giant Brent Delta “topside” structure and starts a 30-day consultation on February 16 on its proposals for the challenging operation.

“It’s the start of a new chapter in North Sea history, ” said Alistair Hope, Brent decommissioning project director for Shell. “It’s one of the first areas in the world to decommission on this scale.”

As North Sea fields begin to run dry over the next 25 years, it is estimated £40bn will have to be spent removing redundant platforms and pipelines as well as plugging spent oil wells.

Around 16bn barrels of oil is thought to be recoverable from the UK’s North Sea but production rates have declined as companies have been forced to drill deeper and invest more capital.

Shell said its four Brent platforms – Alpha, Bravo, Charlie and Delta – have generated £20bn of tax revenue since they were brought into production in 1976.

Removing the Brent Delta facility from its location about 450 miles north of Aberdeen will be an enormous engineering task. The company has hired AllSeas Group, which will use one of the world’s biggest vessels to lift the 23, 500-tonne Brent Delta topside structure off its giant concrete pillars and transport it to Hartlepool, where it will be broken up for scrap.

Shell’s plans are still subject to approval from the Department of Energy and Climate Change but the company is already studying the feasibility of removing the remaining infrastructure, which includes 140 wells, 28 pipelines and huge concrete legs. The company has been shutting down its Brent facilities for a number of years but expects Charlie platform to operate for several more years.

Shell’s announcement came after industry figures and Scottish politicians gathered in Aberdeen to call on the Chancellor, George Osborne, to make cuts to tax on oil companies in the North Sea and offer incentives to boost drilling in his final Budget before the election.

A look at Life on an offshore Oil Rig