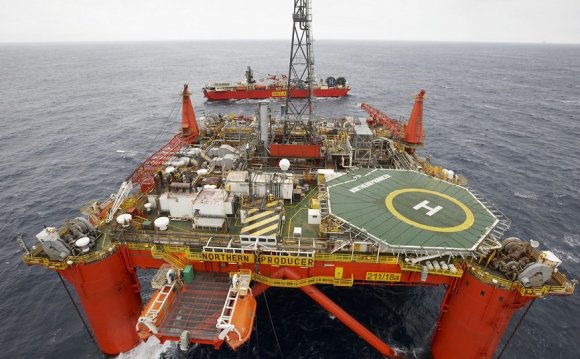 Exploration has been cut right back, jobs are being slashed, operators are going bust and there is no relief in sight

The sun sets on drilling: companies are expected to bore just six exploration wells this year — the lowest number since 1964 (Alamy)

A DESPERATE situation can sometimes be best summed up by numbers.

Here’s one that neatly captures the effect the oil price crash has had on the London market. The combined market value of 112 publicly traded oil companies — the entirety of Britain’s listed industry excluding the top three of Shell, BP and BG — is the same as that of Marks & Spencer: £7bn.

Two years ago, just one of the 112 — Tullow Oil — was worth more than Britain’s preferred seller of sandwiches and underwear, with a healthy £8.2bn market value. Its fall has been stunning. As the numbers above attest, it is but one of many.

The primary culprit for this collective capsize is the oil price. Brent crude has plunged 70% from $115 in the summer of 2014 to $33 a barrel last week amid a prolonged price war between Saudi Arabia, the world’s largest producer, and American shale