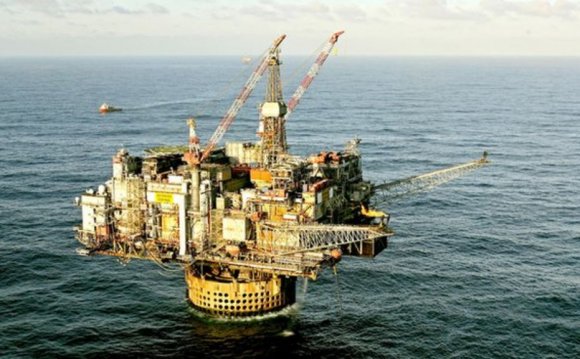 The Brent field is an oil and gas field located in the East Shetland Basin of the North Sea, 186 kilometres (116 mi) north-east of Lerwick, Shetland Islands, Scotland, at the water depth of 140 metres (460 ft). The field operated by Shell UK Limited was once one of the most productive parts of the UK's offshore assets but has reached the stage where production is no longer economically viable. Decommissioning of the Brent field will be conducted over the coming decade.

Shell initially named all of its UK oil fields after waterbirds in alphabetical order by discovery – Auk, Brent, Cormorant, Dunlin, Eider, Fulmar and so on. Brent refers to the brent goose, and in turn gave its initials to the geologic members of the Jurassic-age Brent Group that make up the field: Broom, Rannoch, Etive, Ness and Tarbert formations, with each name representing a loch in the Scottish Highlands).

Situated in the East Shetland Basin, the Brent is the archetype for many of the fields in the area, consisting of a tilted fault block exposing the eponymous Brent formation, next to bounding faults which allowed migration from deeper adjacent "kitchen" areas where the Kimmeridge Clay Formation becomes fully mature and releases hydrocarbons. Unusually on a worldwide scale (but common in this basin), the seal or cap rock for the reservoir (which stops the hydrocarbons from migrating further towards the surface) is also the Kimmeridge Clay, or technically the Heather Formation immediately below.

Oil platforms Bravo and Alpha (right) at the Brent field.

Production started-up on 11 November 1976, and on 13 December 1976 the first tanker was loaded. The Brent field oil is extracted by four platforms in an irregular SSW-NNE line. The first in place was the concrete-legged "Condeep" Brent Bravo in 1975, followed by the concrete-legged Brent Delta, Brent Charlie, and steel-jacket Brent Alpha. As of 2004, the platform was still producing oil through a manifold (all Brent Alpha fluids are produced across to Brent Bravo). A fifth installation, the floating Brent Spar, served as a storage- and tanker-loading buoy and was installed early in the field's construction. The "spar" design of this installation led to the name by which it became the best known of the Brent installations (outside the oil industry). The field also included a remote flare, the "Brent Flare", which was used to flare off excess gas before gas handling and export facilities were installed in the field. This unit was decommissioned and removed using a heavy lifting barge in 2005.