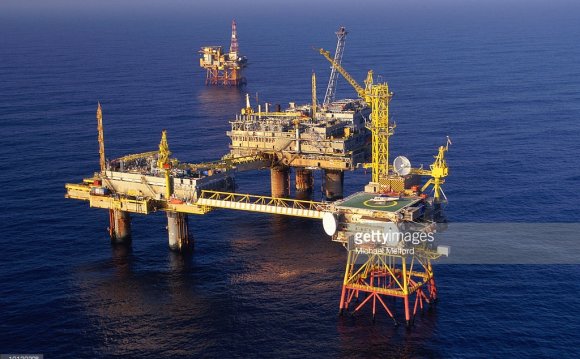 OSLO-Norway's Statoil ASA said Wednesday that one rig worker had died and two others were injured after a huge wave hit a North Sea rig amid stormy weather, and the oil and gas company said the rig is now heading for the mainland.

"It is with sorrow that Statoil and COSL has received confirmation from the police that one person has deceased after a huge wave hit the COSL Innovator rig today, " Statoil said.

The rig, operated by China Oilfield Services Limited, or COSL, was doing work for Statoil at the Troll field in the North Sea, west of Norway's second city Bergen, the company said. The giant Troll field is the cornerstone of Norwegian natural gas production, and contains about 40% of the country's total gas reserves.

Statoil said it had been notified about the incident at 1700 local time and that both it and COSL had mobilized their emergency organizations. Statoil said the wave had also damaged the rig's accommodation module.

"This is very, very sad, " said Jorgen Andersen, chief executive of COSL Drilling Europe. "A wave surge had built up and hit the rig, and shattered some of the windows in the accommodation module, 16 to 17 meters (52 to 55 feet) above the sea level."

Mr. Andersen said the two crew members' injuries were relatively minor and that the rig was under control. All but the most essential crew was evacuated, and the rig would be taken to an onshore base to assess the damage, he said.

The rig had been taken off the well it had been working on before the accident, due to the bad weather conditions in the North Sea, Statoil said.

The injured workers had been taken to the mainland by a Statoil search and rescue helicopter and a Sea King helicopter from Norway's Joint Emergency Rescue Center, the company said.

Statoil said it would help COSL reduce the rig crew to a minimum, by evacuating some of the remaining crew to the mainland by helicopter. The evacuation would continue while the rig is heading for the shore, it said.