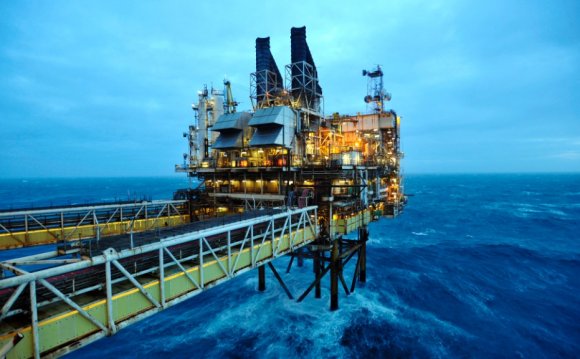 Stuart White, Bank of Scotland commercial area director, said: "The findings of this report are excellent news for the economy, demonstrating the employment-generating nature of the oil and gas industry now and in the future.

"With most of the UK's oil and gas firms clustered in Aberdeen and the north-east, Scotland should reap the largest share of these new jobs. However, other parts of the UK will benefit from expansion plans."

The 100 companies taking part in the bank's Rising Fortunes 3 investigation indicated they intended to create 6000 jobs over the next two years. If the figures are replicated across the UK, 39, 000 jobs would be created, more than half by Scottish-based firms.

Many of the roles would be located abroad, with Africa described in the report as "the new frontier" for the industry. However, a significant proportion of the positions are expected to go to British residents.

There is a "mixed background of threats and opportunities" for extraction in the North Sea, the report says. Although there is an acceptance oil yet to be discovered will be more difficult to extract, 60% of the exploration and production firms surveyed were expecting to grow.

The proportion of Britain's oil and gas executives who see "plenty of growth ahead" fell to 69%, in contrast to rising optimism in other industries. A rise in operation costs of 15.5% last year was among the factors blamed for the disparity.

The report warns that despite ­initiatives aimed at addressing a shortfall in skilled workers, the problem is unlikely to be resolved any time soon. The availability of skilled workers is the most pressing among engineering firms, with 87% expressing concern. There is a particular shortage of well drilling and operating engineers, subsea specialists, project engineers, health and safety specialists and geoscientists.

Alexander Kemp, professor of ­Petroleum Economics at Aberdeen University and director of the Aberdeen Centre For Research In Energy Economics And Finance, welcomed the report as "clearly ­positive" overall but said a shortage of workers was an increasing headache.

He said: "For oil companies it has meant cost inflation and it is quite a serious issue with North Sea activity. Wages and labour costs are at very high levels and it is a serious concern.

"A significant proportion of new jobs will be abroad but it is nonetheless positive. Clearly the firms are alert to emerging opportunities in Africa and that is very encouraging.

"It is interesting that the sector dealing with inspection, maintenance and repair is expecting high growth. This indicates the industry is taking serious steps to remedy high levels of downtime."

Alex Thom, the organisation's employment and skills issues manager, said action was being taken to tackle an "undeniable skills shortage" within the industry.

"Companies are very willing to invest in what is a very buoyant market resulting in high levels of activity that generate well rewarded employment opportunities, " he said. "

A Scottish Government spokesman said: "The skills and knowledge developed in Scotland as a result of the development of the North Sea are a key strength for Scotland.