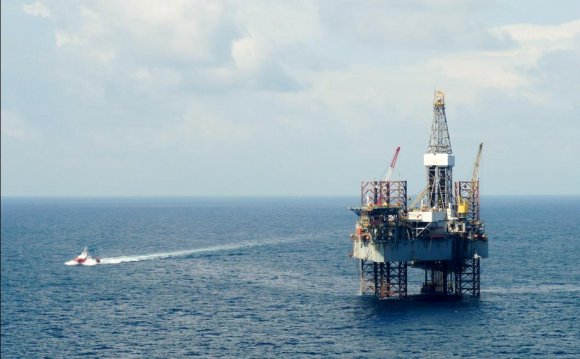 The official figures from HM Revenue and Customs (HMRC) are thought to show the first loss recorded by a six-month period since North Sea oil started production 40 years ago.

Although the Treasury collected £248 million in corporation tax and petroleum revenue tax (PRT) in the first half of this year, it paid out £287 million in rebates to producers.

SNP ministers based their financial planning for independence on an oil price of $113 (£74) per barrel, claiming the sector would generate between £15.8 billion and £38.7 billion for the public purse over five years.

They downgraded their projected revenues to between £2.4 billion and £10.8 billion per year. The lowest figure was downgraded by 80 per cent, or £1, 400 per person, while the highest pre-referendum prediction was cut by two-thirds (£2, 873 per person).

However, the latest HMRC figures suggest that even the independence Office for Budget’s 2015/16 projection of only £700 million revenues may be optimistic. Prices have crashed as low as $43 (£28) per barrel.

Calling for regular oil bulletins to be revived, Ms Baillie said: "Our focus is on saving jobs in the North Sea but we remember that the dramatic collapse in the oil price, and the devastating impact this would have had on our ability to pay for schools and hospitals, shows we made the right decision to keep Scotland in the UK and reject the SNP's fantasy economics.

"The SNP Government need to be transparent about Scotland's finances and the impact falling oil revenues has.”

HMRC attributed the negative revenues to fall oil prices and production, increased investment spend and the costs of decommissioning, which has led to some companies making “significant losses”.

A spokesman said these losses can be “carried back” and offset against PRT paid in previous years, resulting in a “significant repayment” of the levy between April and September this year.

A spokesman for Fergus Ewing, the SNP's Energy Minister, said: “Jackie Baillie’s enthusiasm for playing politics off the back of people’s jobs is increasingly desperate.

"While she is busy playing political games the SNP has set up the Energy Jobs Task Force, working with all parts of the industry to help turn the sector around, protect as many jobs as possible and secure the best possible future for our North Sea."