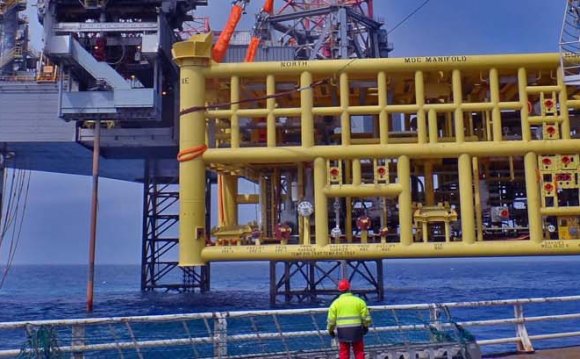 The North Sea is one of the old guard for oil production, and companies are trying hard to revive its former glory. Nick Coleman digs into the basin’s future in this week’s Oilgram News column, Petrodollars.

The North Sea, home of the Brent benchmark, has been on a downward production path for well over a decade, with oil output hitting 847, 000 b/d last year. The oil price slump has added to alarm about the basin’s future and that of the independent companies that have sprung up to handle small or mature fields. It has exposed increasingly unviable costs, with operating costs averaging nearly $30/b in 2014 and total spending on decommissioning aging facilities running at over GBP1 billion ($1.6 billion) per year.

Recent months have seen a flurry of financial deals and announcements aimed at jump-starting the North Sea industry, but recovery remains elusive.

After the government stepped in in March to cut taxes, pragmatic deal-making has been the order of the day. BP has just sold its stake in the Erskine oil field to independent Serica Energy, sweetening the deal by retaining a share of liability for the cost of eventual decommissioning and taking a 5% stake in Serica. Similarly, independent Premier Oil has secured a $100 million investment from royalty company FlowStream in exchange for 15% of production from the Solan field, a high-cost development west of the Shetland Islands that has struggled, partly due to the financial difficulties of a junior partner, Chrysaor.

There has also been a growing role for private equity. US company Blackstone and London-based Blue Water Energy unveiled a new North Sea company, Siccar Point Energy, in September, with $500 million to invest. And US companies Carlyle Group and CVC Capital Partners have just launched Neptune Oil and Gas, which they say will make $5 billion of acquisitions in the North Sea, North Africa and Southeast Asia.

There is also a new emphasis on performance-related pay for contractors. UK independent Xcite Energy has touted an “innovative partnership model” that could mean contractors on its 230 million barrel Bentley heavy oil project will help meet up-front costs and receive payment once production starts. Norway’s Statoil awarded a drilling and well services contract for the 250 million barrel Mariner heavy oil field that rewards Schlumberger on a performance basis rather than for time or materials used.

In exploration, which has declined in recent years, some companies see an upside to the oil price collapse, pointing to a knock-on reduction in rig costs. Origo Exploration, a North Sea-focused company backed by private equity players Riverstone and Barclays Natural Resource Investments, as well as Singapore’s Temasek investment fund, says it sees a “blooming market” for exploration companies with access to capital. It plans to drill a well with Chrysaor west of the Shetland Islands imminently.

Others argue the relative stabilization of oil prices at around $65/b in recent months could augur a recovery in mergers and acquisitions. “Whatever level [the oil price]is at, if it’s stable, people will be able to form a common view on value. That’s helping to give people more confidence, ” Jon Clark, Ernst & Young leader for oil and gas transaction advisory services, said.

But there is still plenty of pessimism. A survey by the Aberdeen and Grampian Chamber of Commerce published this week found two thirds of North Sea operators had been forced to cancel projects because of the oil price drop.

Half of all contractors said lack of access to capital was limiting their activity. Trap Oil, a well-regarded explorer, says it faces impending shutdown having been hit by a reliance on a single producing field, Athena. The field only came on stream in 2012, but has under-performed and Trap said in February it was making a GBP380, 000/month loss from its 15% stake.

And for all that drilling may have gotten cheaper, consultancy Hannon Westwood sees no actual recovery in exploration. It says eight exploration and appraisal wells had been spudded offshore the UK in the five months to the end of May, two less than a year earlier. Rather than companies anticipating that exploration success will pay off when oil prices rise, it is the oil price now that weighs more heavily, Hannon Westwood senior analyst David Moseley told Platts.