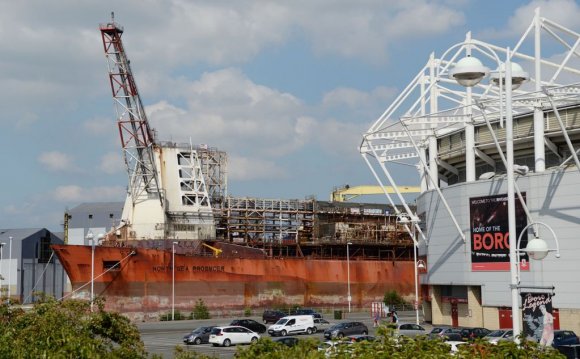 Image caption Mr Robertson said there was "no crisis" in North Sea oil employment, which he said was "booming"

An Aberdeenshire MSP has attracted criticism after claiming there "is no crisis" in North Sea oil employment.

Dennis Robertson made the comment during a Holyrood debate, where he said the North Sea workforce was "booming".

Mr Robertson made an intervention after Ms Dugdale referred to a "crisis" in employment in the North Sea oil and gas sector.

She said: "We were warned last year that 65, 000 oil and gas jobs have already been lost and contractors are predicting further redundancies. This is an employment crisis by any definition of the word."

Conservative MSP Alex Johnstone added: "Dennis Robertson's remarks are deeply alarming and show he is clearly out of touch with what has been going on in the oil and gas industry.

"His remarks are wildly inaccurate and offensive to those who rely on the oil industry for their jobs and livelihoods."

The industry has struggled due to a sharp decline in the price of oil, with a barrel now costing less than $40 - just over one third of the price 18 months ago.

Oil the focus as cabinets meet in north east