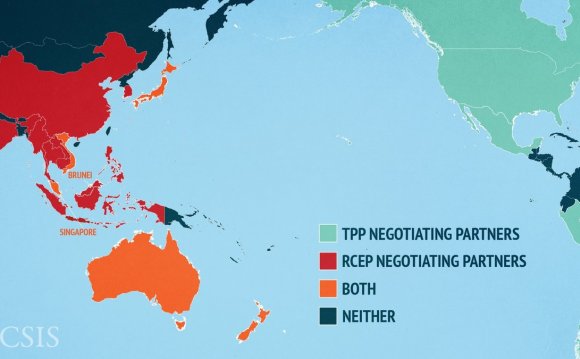 The Asia Maritime Transparency Initiative, partners of the Center for Strategic and International Studies, is an interactive, regularly-updated source for information, analysis, and policy exchange on maritime security issues in Asia.

The Indo-Pacific region consists of over 20 countries. It spans from Russia in the North to Australia and New Zealand in the South, and from India in the West to Papua New Guinea in the East.

Over half of the world's commercial shipping passes through the waterways of the Indo-Pacific region. The Strait of Malacca, in particular, is one of the most important shipping lanes in the world.

One-third of the world’s liquefied natural gas passes through the Straits of Malacca and into the South China Sea, with the bulk of it originating in the Persian Gulf. LNG also flows into the region from Southeast Asia and Oceania. Much of this imported LNG is bound for Japan and South Korea.

The South China Sea contains significant proved and probable oil reserves, and countries in the region are eager to extract these.

Particularly large quantities lie in the EEZs of Vietnam, Malaysia, and the Philippines. The East China Sea is also home to a gas field, but the extent of its reserves are unknown.

In addition to providing passage for incoming commodities, the states of Maritime Asia also have deeply interdependent trade relations among themselves.

The Regional Comprehensive Economic Partnership negotiating partners include Australia, China, India, Japan, Korea, New Zealand, and all ASEAN member states. These two agreements, and the fact that some countries (Australia, New Zealand, Brunei, Japan, Malaysia and Singapore) are party to both, illustrates the dense economic interdependence of the region.

There are numerous multilateral fora in the region, and Asian nations vary substantially in their participation in these organizations. China, Japan, South Korea, and Australia are the most participatory states in the region when it comes to multinational fora.

9. UN Convention on the Law of the Sea

Most nations in maritime Asia have signed and ratified the 1982 UN Conventional on the Law of the Sea. UNCLOS defines the rights and responsibilities of nations with respect to the world’s oceans, establishing guidelines for the use of natural resources, the environment, and for commercial affairs. UNCLOS entered into force in 1994.

The United States of America is not a signatory to the treaty, although it follows its provisions as customary international law.

Under the 1982 UN Convention on the Law of the Sea, coastal states may claim an “Exclusive Economic Zone” of up to 200 nautical miles. States have the sole rights to natural resource extraction within their own EEZs, but must also allow innocent passage through these zones according to UNCLOS. Because of their proximity, some states in maritime Asia claim EEZs that are overlapping.