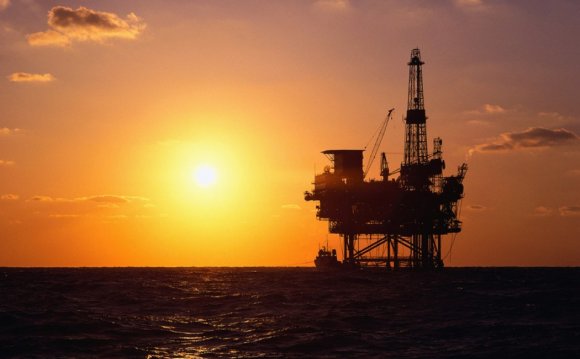 98% of production comes from offshore fields and the services industry in Aberdeen has been a leader in developing technology for hydrocarbon extraction offshore. Historically most gas came from Morecambe Bay and the Southern North Sea off East Anglia, but both areas are now in decline. Oil comes mainly from the North Sea Central Graben close to the median line with Norway in two main clusters - around the Forties oilfield east of Aberdeen and the Brent oilfield east of Shetland. There have been recent discoveries in challenging conditions west of Shetland. As of 2012 there were 15, 729 kilometres (9, 774 mi)of pipelines linking 113 oil installations and 189 gas installations. The only major onshore field is Wytch Farm in Dorset but there are a handful oil wells scattered across England. There is significant shale potential in the Weald and in the Bowland Shale under Lancashire & Yorkshire, but only a few wells have been drilled amongst considerable protests.

The UK's strengths in financial services have led it to play a leading role in energy trading through markets such as ICE Futures (formerly the International Petroleum Exchange). The price of Brent Crude from the British North Sea remains the major benchmark for the international oil trade, and the National Balancing Point market is the benchmark for most of the gas traded across Europe. The difficult offshore conditions make the UK a high-cost producer; in 2014 the average development cost was $20.40/boe and the operating cost was $27.80/boe for a total of $48.20/boe. In 2014 the industry spent £1.1bn on exploration, £14.8bn on capital investment and £9.6bn on operating costs. Fields developed since 1993 are taxed through an additional corporation tax on profits, in 2014 the industry generated £2.8bn in direct taxes.

Role in supplying energy to the UK[edit]

As of 2008, just over three quarters of the UK's primary energy demand was met by oil and gas. In 2008, oil produced on the UKCS satisfied almost all domestic consumption (97%) while gas produced in the UK met about three quarters of demand. In 2020, it is estimated that 70% of primary energy consumed in the UK will still come from oil and gas, even upon achievement of the Government's target to source 20% of energy from renewable sources. This will be a combination of oil and gas produced domestically and imports. The UKCS has the potential to satisfy 40% of the UK's oil and gas demand in 2020, if investment is sustained.

Oil and Natural Gas Reserves: Availability, Extraction and Use

UK Firm to Explore Oil and Gas in Eritrea