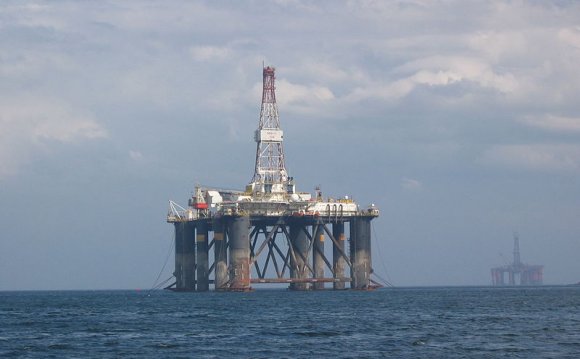 “The industry is under a lot of pressure and it is now widely recognised that a transformation in the way business is done is required if the UK sector is to become more resilient and competitive in a world of sustained lower oil prices, ” said Ms Michie.

Despite the cuts in investment, Oil and Gas UK said that output from the region has increased. Initial figures from the Department of Energy and Climate Change show that production increased by around 3pc in the first half of the year compared with the same period in 2014. Last year, output from the UK Continental Shelf averaged 1.49m barrels per day of oil equivalent, which is a measure that includes gas.

Mike Tholen, Oil and Gas UK’s economic director, said: “Strong investment in asset integrity over the last four years, coupled with measures being taken to improve the efficiency of assets offshore, have resulted in better output from many existing fields, and we expect the rate of decline in production from those fields to slow significantly over the next two years.”

North Sea operators, which generally have to shoulder some of the world’s highest production costs offshore, have been caught in the crossfire of a price war that has broken out between the Organisation of the Petroleum Exporting Countries (Opec) and the shale industry in the US.

Earlier this year BP, which has cut jobs and costs in the North Sea, warned that the area was facing a “massive shock” to adjust to lower oil prices. The financial blow for oil companies was softened by Chancellor George Osborne in the Budget after he increased tax breaks across certain areas in order to boost investment.

“The Government’s restructuring of the tax regime to provide a more fiscally competitive proposition and its funding of seismic surveys to open up new areas for exploration are steps in the right direction, ” said Ms Michie.