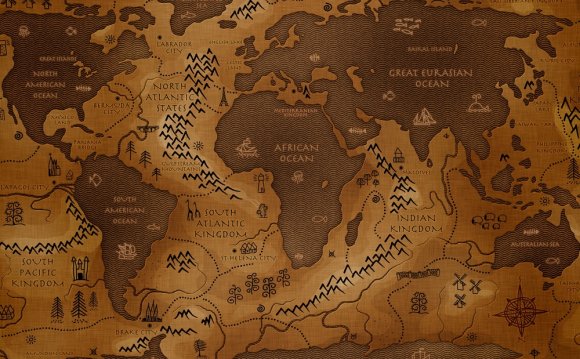 The European continent spans across 3, 930, 000 sq. miles and comprises nearly 50 countries with up to 5 having limited recognition. The landmass of Eurasia is divided into two continents - Europe and Asia along the watershed divides of the Ural and the Caucasus Mountains, the Caspian and the Black Seas, and the Ural River. The Map of Europe gives you a clear view of the political boundaries that segregate the countries in the continent including Germany, UK, France, Spain, Italy, Greece, Romania, Ukraine, Hungary, Austria, Sweden, Finland, Norway, Czech Republic, Belgium, Luxembourg, Switzerland, Croatia, and Albania. The Russian Federation spans across both Europe and Asia. This Europe map also contains information on the topography of the continent; the various seas that surround Europe such as the Mediterranean Sea, Black Sea, the Caspian Sea, the Aegean Sea the North Sea, the Baltic Sea, the Norwegian Sea the White Sea, and the mountainous regions of the Alps, the Pyrenees, the Carpathian Mountains, and the great plains of North Europe and Scandinavia.What is Europe ?
Unlike the majority of other continents, which are clearly defined by their landmasses, and are separated from other continents by major bodies of water, Europe's boundaries are not clearly delineated or demarcated. As the westernmost part of the Eurasian landmass, Europe's territory is somewhat ambiguous, shaped by cultural and political definitions as much as geographic. Political organizations such as the European Union and the Council of Europe have begun to establish an overarching sense of cohesion, though they follow political (and economic) rationale and can be somewhat exclusionary in nature. Many countries are clearly within the geographic region of Europe but are not included in these organizations, while some countries that are included are only marginally located within the designated boundaries. There are only 28 member states in the European Union, while the Council of Europe includes 47. Europe is made up of about 47 countries, though the exact number is debatable. By some counts, there are over 50, when the border is pushed eastward, adding Armenia, Azerbaijan, Kazakhstan, and Georgia to Europe rather than Asia. Even geographically, the boundaries are hazy and have changed drastically throughout history based on cultural perceptions and political unions, though the eastern border is typically delineated along the Ural Mountains. Both Russia and Turkey have some territory within Europe and the rest is in Asia, further blurring the separation. Aside from the boundary ambiguities, another issue surrounding the country count of Europe is the recognition of new nations and the potentially emerging sovereignty of autonomous regions. For example, Kosovo is only partially recognized as a sovereign state (by 107 United Nations members), but it declared independence from Serbia in 2008. Similarly, Northern Cyprus has declared itself independent from Cyprus, but it is not currently recognized as a sovereign nation by any country other than Turkey.

ACOD~2012730Map of Europe with Crimea as part of Russia This colored map depicts European nations along with their country flags, which makes it easy for you to explore the continent. Click on the map to enlarge it.
Source: www.mapsofworld.com

Animated map shows the undersea cables that power the internet