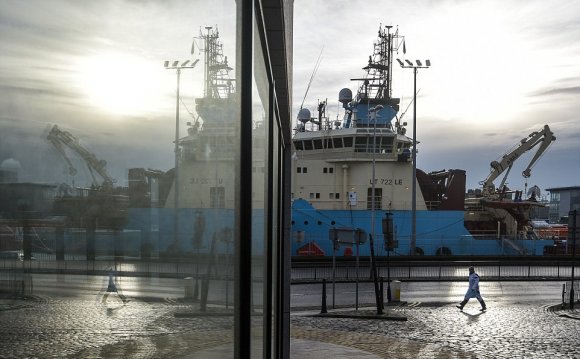 The North Sea oil and gas industry is facing a severe challenge to its future viability after suffering a dire year which involved the worst losses in decades, a new report has revealed.

Oil & Gas UK said its annual activity survey painted a bleak picture of the North Sea’s prospects after discovering that the sector as a whole lost £5.3bn last year, the worst figure since the 1970s.

Its report said the cost of producing a barrel of oil had risen to a record high of £18.50, on top of investment, tax and decommissioning costs. Falling oil prices, which slumped to below $50 a barrel earlier this year, cut revenues to just over £24bn for the year, the lowest since 1998.

The industry body said the financial situation was so dire that large areas of the North Sea could be “sterilised”, because oil companies would be unable to afford to develop and exploit unused fields.

The fall in revenues and investment came despite total North Sea output remaining very strong last year, at more than 1.4m barrels of oil equivalent per day – an industry measure that includes natural gas as well as oil. The 2014 total was the best year-on-year performance since 2000. The chief executive of Oil & Gas UK, Malcolm Webb, said it could increase marginally this year, to 1.43m BOE, but only 14 new exploration wells were drilled last year, compared with the 25 that had been expected.

In remarks aimed directly at the chancellor, George Osborne, in advance of next month’s budget, Webb said thousands of high skill jobs, key exports and high-tech industries were at risk unless there were radical changes to the sector’s taxation and incentives regimes.

“Without sustained investment in new and existing fields, critical infrastructure will disappear, taking with it important North Sea hubs, effectively sterilising areas of the basin and leaving oil and gas in the ground, ” he said.

“The industry recognises that its cost base is unsustainable. Cost and efficiency improvements of up to 40% are required to give this basin a viable future. This adjustment is now underway, but cost control alone is not the answer.”

Danny Alexander, the chief secretary to the Treasury, said the report made it clear that his department was right to give the industry extra help last December. He said ministers knew about the challenges facing the industry, and hinted that it would get further support in the budget. “I can reassure everyone involved in this vital industry that its future is front and centre of our thoughts as we approach the budget, ” he said.

Climate campaigners, energy experts and environmentalists say that many of the world’s unused fossil fuels are “unburnable” if global warming is not to breach the 2C threshold set by the UN’s intergovernmental panel on climate change.

The Guardian revealed last week that Oil & Gas UK was alarmed by comments from Ed Davey, the UK energy secretary, that action on climate climate could render their reserves worthless. The EU now wants to cut carbon emissions by 60% by 2050.

The report says that the industry needed to invest £94bn to exploit the 10 billion barrels in known reserves, dramatically cutting the tax receipts needed to sustain Scotland’s higher than average public spending. A continuing slump would also threaten tens of thousands of high-paying jobs.

Oil & Gas UK said investment in new production was expected to slip in 2015 by about a third, to a maximum of £11.3bn. Current forecasts suggest that spending on authorised projects was likely to decline rapidly to £2.5bn by 2018, and to £3.5bn for unsanctioned projects.

Fergus Ewing, the Scottish energy minister, made no reference to the potential impact of a North Sea slump on Scotland’s balance sheet. Instead, he said, the UK Treasury had to cut taxes and increase financial incentives to help the industry recover urgently.

“This report highlights the long overdue and urgent action on taxation and regulation, which the UK government must deliver to give the industry the certainty it needs to protect jobs and investment, ” he said.