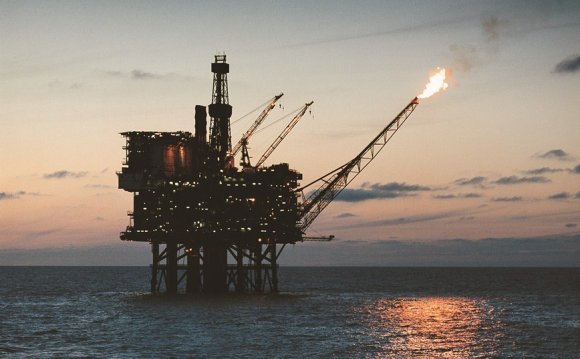 The contraction of Britain's offshore oil sector has already stripped out 65, 000 jobs, according to a new report.

The calculation of a 15% drop since the start of last year came from the annual economic impact report of trade body Oil and Gas UK.

The cuts came as operating expenditure on existing assets was slashed.

Some large fields are coming on-stream, so those cuts will be offset by more than £1bn per year being spent on operating them.

The report said cost-cutting could be expected to be the focus of industry activity for the first nine months of this reaction to lower prices.

It is likely that capacity may have to be reduced still further in order for the business to weather the downturnDeirdre Michie, Oil and Gas UK


After that, it should move on to improving efficiency and then transforming the industry over three years. Those processes could lead to further job losses.

The Oil and Gas UK calculation of job losses is based on a 15% reduction in the direct employees of the offshore industry, down by 5, 500 from the official estimate in 2013 of 36, 600.

The wider impact follows from applying that scale of cut to the supply chain and those who depend, in turn, on those companies' and workers' spending.

The industry is responding to revenues falling by 20% last year, and another 30% this year.

Offshore oil and gas has previously used the vast scale of its Offshore Europe event in Aberdeen to showcase how big and bold it is.

This week: not so much. The industry is hunkered down, counting the cost of contraction.

There are still riches to be made from exporting, and Aberdeen is doing that well. But in the UK sector, one insider told me that quite a few companies are "simply waiting to be bought". There's nowhere else to go.

Every week brings more redundancies. Last week was Expro. This week, ConocoPhillips put us on stand-by for more bad news on that front, thought most of it in North America.

While the oil price has fallen from $115 (£75) last summer to below $43 (£28) last week, the mature North Sea industry has also been facing the challenges of older fields with higher costs and declining production. It has been pushing hard to get costs down.

That effort is aimed at cutting the operational cost of extracting an average barrel of oil, or its gas equivalent, from £17.80 to about £15 by the end of next year. So far, that measure has fallen to £17.

Capital expenditure, which peaked at £14.8bn last year, is expected to fall to £11bn this year, much of that large projects which had already begun. After that, it could fall by between £2bn and £4bn in the next three years.

With new fields coming on-stream, total production is expected to rise this year for the first time since 2000. The first half of this year has seen a rise of 3%.

Deirdre Michie, chief executive of Oil and Gas UK, said: "This great industry of ours is facing very challenging times.

"Last year, more was spent than was earned from production, a situation which has been exacerbated by the continued fall in commodity prices. This is not sustainable and investors are hard-pressed to commit investment here because of cash constraints.

"Difficult decisions have had to be made across the industry. It is likely that capacity may have to be reduced still further in order for the business to weather the downturn.

"The industry is under a lot of pressure and it is now widely recognised that a transformation in the way business is done is required if the UK sector is to become more resilient and competitive in a world of sustained lower oil prices".

Ms Michie added that a continued low oil price will inevitably force companies to consider the viability of their offshore assets, and that there was a need for further "lightening" of the tax regime, to encourage further investment in the sector.

Scottish Energy Minister Fergus Ewing said: "This report demonstrates that a number of opportunities remain across the Scottish oil and gas industry, even though it continues to face challenges.

"It is encouraging to see the industry is making good progress on cutting operating costs and increasing efficiency, both of which are vital to increase competitiveness. With the correct policy framework, and continued action to improve efficiency, the sector can thrive for many decades to come.

"In order to achieve this, it is vital that the Oil and Gas Authority continues to drive forward the reform and collaboration required to maximise economic recovery. It is also imperative that the UK government makes good on its commitment to introduce further measures to support exploration and maintain critical infrastructure."