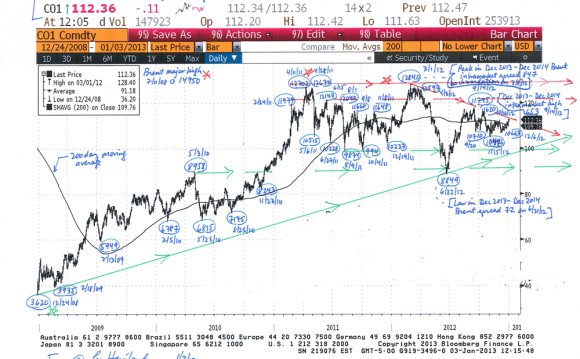 The Forties Oil Field is the largest oil field in the North Sea, 110 miles east of Aberdeen. It was discovered in 1970 and first produced oil in 1975 under ownership of British Petroleum, now called BP.

BP had made the announcement to the press on 7 October 1970, that oil had been struck 110 miles (180 km) east-northeast of Aberdeen in 350 feet (110 m) of water. Production is from the Paleocene Forties Formation sandstones over a 90 km2 area making it a "giant oil field". BP's semi-submersible drilling rig hit crude oil at 11, 000 feet (3, 400 m) in the Upper Tertiary sandstone.

Four appraisal wells drilled during 1971–1972 revealed a large reservoir at a depth of about 7, 000 feet (2, 100 m) and closure of 155 m. So marked the first and largest major oil field discovery in the United Kingdom sector of the North Sea. Oil had previously been discovered at the Ekofisk field.

Named Forties after the sea area in which it lies, the field began producing oil in September 1975 and was officially inaugurated by Her Majesty on 3 November 1975.

The production from the field peaked in 1979 at 500 thousand barrels per day (79 thousand cubic metres per day), well above early predictions.

The Forties Formation consists of a lower Shale Member and an upper Sandstone Member, which were deposited in a "middle and lower submarine fan environment". The initial development plan included a "complete replacement seawater injection system" starting in 1975. By the time BP sold the field in 2003, their reservoir engineers estimated the STOIIP was 4.2 billion barrels (670 million cubic metres).

There are five fixed platforms around the field: Forties Alpha, Forties Bravo, Forties Charlie, Forties Delta and Forties Echo. A riser platform, Forties Unity, lies further to the west and remains owned by BP as a strategic asset for accessing the Forties pipeline system without being dependent on the older access point, Forties Charlie.