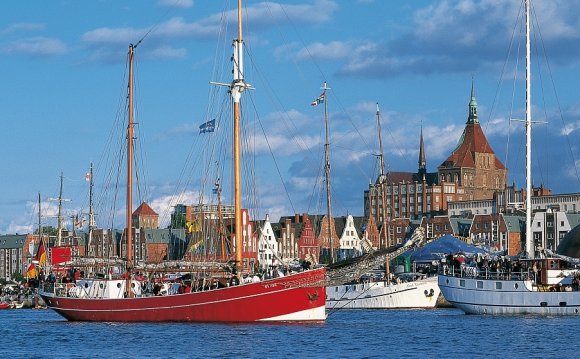 Are German, you’ll feel like you have discovered Germany’s best-kept secret. On foggy November evenings, or during the hard winter storms that sometimes strand islanders from the mainland, you can well imagine the fairy tales spun by the Vikings who once lived here.

In Schleswig-Holstein, Germany's most northern state, the Danish-German heritage is the result of centuries of land disputes, flexible borders, and intermarriage between the two nations—you could call this area southern Scandinavia. Since the early 20th century its shores and islands have become popular weekend and summer retreats for the well-to-do from Hamburg. The island of Sylt, in particular, is known throughout Germany for its rich and beautiful sunbathers.

The rest of Schleswig-Holstein, though equally appealing in its green and mostly serene landscape, is far from rich and worldly. Most people farm or fish, and often speak Plattdütsch, or Low German, which is difficult for outsiders to understand. Cities such as Flensburg, Husum, Schleswig, Kiel (the state capital), and even Lübeck all exude a laid-back, small-town charm.

The neighboring state of Mecklenburg-Vorpommern includes the Baltic Coast and is even more rural. On the resort islands of Hiddensee and Usedom, the clock appears to have stopped before World War II. Though it has long been a popular summer destination for families and city-weary Berliners, few foreign tourists venture here.