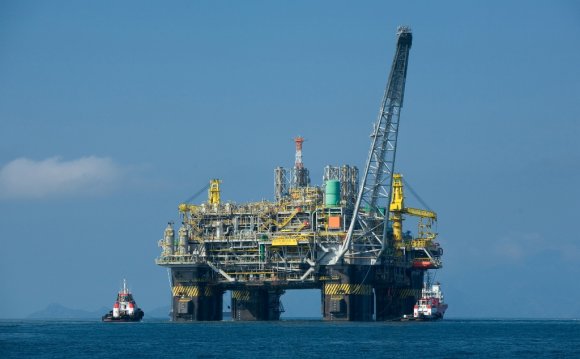 A potential major disaster in the North Sea has been narrowly averted after a large, unmanned barge went adrift in stormy high seas and came close to colliding with offshore oil platforms.

More than 300 oil workers were airlifted from the Norwegian sector of the North Sea after the high winds broke the barge's anchor.

A man died when a huge wave hit another rig earlier in the Troll field off Norway.

The strong winds tore the barge from its moorings and sent it towards BP's Valhall platform, located in the middle of the North Sea between Norway and the UK.

The oil and gas company was forced to shut down output and evacuate staff on board. ConocoPhillips also stopped production and evacuated crew from installations in the same area.

A spokeswoman for the Rescue Coordination Centre for southern Norway told the Reuters news agency that the danger posed by the barge was now over.

"There are no other installations between the barge and the coast of Norway, " Borghild Eldoen said.

"It is now up to the owners of the barge to stop it before it reaches the coast."

At one point fears about a collision increased when the barge - 110m in length and 30m wide - changed course and headed straight for Valhall, BP Norway spokesman Jan Erik Geirmo told the AFP news agency.

But in the event it floated away from the evacuated platforms.

Mr Geirmo said that a tug had been deployed to immobilise it - an operation which will be dangerous in such stormy conditions. He said the situation was now returning to normal and employees will progressively return to the platforms.