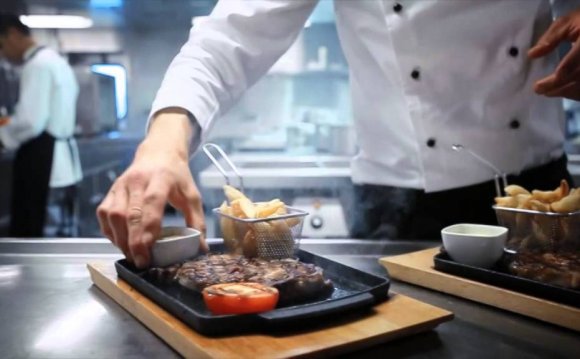 Attempting a stern-on mooring one breezy day, I realised my nautical career was going to be short-lived.

I’d hired a cabin cruiser on the Norfolk Broads and ended up at a spot where only tying up by the blunt end was allowed. Trust me, if you’ve never done it before it’s like trying to reverse an articulated lorry with bald tyres on an buttered ice rink. Nearly broke me, it did.

Which is all the more reason I was suitably impressed by watching Captain Matthew Holmes, master of the superferry Stena Britannica, berthing his 800ft ship at the Hook of Holland, near Rotterdam. Despite all the whizzy modern technology on board, it all really boils down to the captain’s supreme skill and eyesight.

With his second in command Mate Master Alan Robertson, from Scotland, getting distances from the stern by walkie talkie from a crew member, Captain Holmes used pen points drawn on a downward facing window and painted numbers on the quay to perfectly line up his reverse approach.

“A £200million ship and it all comes down to paint marks and a chinagraph pencil, ” he laughed. “You can’t beat the Mark One human eyeball.”

I’d joined the 64, 000 tonne Britannica, which can hold 1, 200 passengers and has 85 crew members 29 of whom are Filipino – to spend a day on board, seeing what happens behind the scenes on a ferry journey. Normally, of course, us passengers just drive or walk on board and head off to cabin, bar, restaurant or a comfy seat.

But on this occasion I was on the bridge as the ship sailed from Harwich, Essex, on the 6hr 45min daytime crossing to the Hook.

The challenges start right away since the port is on the River Stour and just a short distance downriver the effect of the merging River Orwell brings tricky currents, affecting the “set” of the ship.

Captain Holmes, from Suffolk, who has been at sea for 32 years, is assisted on leaving port by Second Mate Ben Heath, from Kent, and veteran Helmsman Gwyn “Ferdy” Margetson, of Essex.

To reach open water, the bridge team have to get past the very busy port of Felixstowe, constantly checking other vessels’ manoeuvring intentions.

As he guides the ship out past Felixstowe, Captain Holmes tells me about the capricious North Sea and how its funnel shape and relative shallowness can cause serious challenges when the wind howls in from the north.

“When it’s bad the best place to be is at sea riding it out rather than trying to get in to the port, ” he said. Reassuringly, the North Sea is so shallow that if the Britannica was to sink there are very few places where it would actually disappear under the waves.

It would settle on the muddy bottom with the superstructure above the waves and the ship’s ability to cross flood by compartment means it should not flip over like the Costa Concordia. The ferry industry is not immune from the grim economy, and while the captain’s priorities are “the safety of the people on board, the safety of the ship and the cargo” and very much in that order, he has to make sure the vessel is operating at the most economical levels, yet on schedule.

He’ll burn 17.7 tonnes of fuel oil and cheapest overall cost of the crossing he can achieve will be £6, 500.

Alan Robertson arrives on the bridge having supervised the loading of freight and passenger vehicles of the 5.5km of parking lanes on the lower decks.

He has to ensure the load is even so the bow and stern do not rise or fall by more than 50cm. There’s a computer to assist him, though I suspect he could do it off the top of his head.

Safely out to sea, it’s time to head to the bowels of the vessel where Captain Holmes introduces me to Fourth Engineer Jim Looney, an Irishman.

After a quick tour of the engine control room it’s off to see the real boys’ toys, the mighty MAN engines, which give 45, 000 horsepower – equivalent to around 375 family cars.

On the subject of horses, the ship’s stabiliser fins are deployed if racehorses are carried aboard as they are very prone to seasickness. Jim explains that while there may be 3, 000 warning alarms that monitor the vessel there is no substitute for eyes, ears, nose and a welter of experience to be alert for something not quite right.

The noise in the engine room is incredible, but what is most remarkable is how clean it is – you could eat off the floor.

Talking of eating, my next port of call is the galley, where I meet a la carte chef Stuart Morrison, from Essex – the man who will cook my dinner. Like the rest of the crew, today is his first day back after a week off – almost everyone does 12-hour split shifts seven days on, seven days off.

Stuart Morrison, from Essex, the ship's a la carte chef

I tell him I’ll be having the rack of lamb I’ve spotted in his fridge but throw a curve ball when ordering later and opt for the pork belly. And delicious it was too, with splendid attention from restaurant co-ordinator Nicholas Tatum-Rowe, from Suffolk.

From the deck, the pelting January rain made visibility difficult but I counted 34 other vessels – the North Sea seems like the M6 at Knutsford on a Friday night.

Back below, a warming coffee was in order, courtesy of genial Liverpudlian barman Frank Murphy, and a chat with front house co-ordinator Ben Clothier, a Sunderland man whose team of 14 cabin stewards might have anything up to 538 rooms to make up. Now that’s what you call a duvet day.

Of course, important as the bridge and engine room teams are, the average passenger will not encounter them.

More likely it will be the front desk team of Kathy Spillett and Vicky Pears, who deal with day-to-day queries. And the glue that holds it all together is Paul Woods, the onboard services manager, or Purser, in
old money.

With the ship under way on the night crossing back to Harwich us passengers can turn in to our comfy beds.