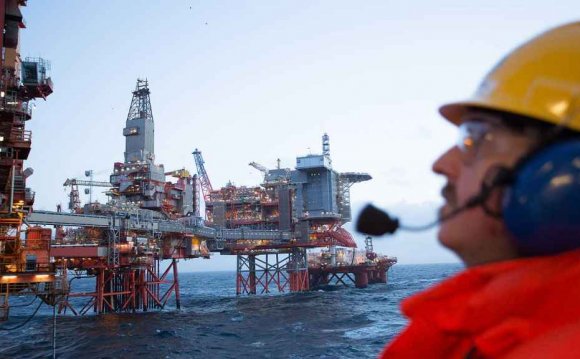 The Petroleum Safety Authority Norway (PSA) has turned down an application from BP Norge AS for consent to extend the operating life of the quarters platform (QP) on the Valhall field.

The PSA says that uncertainties are present in the analyses used by BP as a basis for its application to extend the operating life of Valhall QP. The PSA has accordingly refused consent for continued use of the facility for accommodation.

Valhall QP was taken into use on the field in 1980. According to the plan for development and operation (PDO) of Valhall, the design life of this installation was 20 years.

In order to continue using an offshore facility beyond its original design life, the operator must apply to the PSA for consent to an extension. The operator must then assess whether the facility has and can maintain its technical and operational integrity for the period of extended use covered by the application.

BP has applied for consent to extend the operating life of Valhall QP as an accommodation facility on several previous occasions.

According to the PSA, these applications were primarily justified by the need for accommodation capacity on the field until the new Valhall PH process and hotel platform became operational, and for preparing and executing well work on Valhall DP. The PH facility became operational in January 2013.

Many years of oil and gas production mean that the Valhall reservoir has become compressed and the seabed has subsided. This subsidence means that the base of the topside on Valhall QP is nearer the sea surface than before, and no longer satisfies the air-gap requirements, the PSA explains.

Furthermore, Valhall QP fails to meet the requirements for surviving a 100-year wave in occupied condition. BP accordingly has procedures in place for destaffing when high waves are forecast.

The present consent expires on December 31, 2014. BP has applied for consent to continue using Valhall QP as a quarters platform until December 31, 2017 and thereafter as an end platform for escape and evacuation until it goes out of service.

BP wants to continue operating the facility with a destaffing procedure for high waves, and will also shut it down from 20 December to 15 February in order to avoid one of the months with the greatest probability of high waves, and which experience has shown to be when destaffing is most frequent.

The PSA has commissioned a team of experts from Sintef, Marintek, the Norwegian University of Science and Technology (NTNU) and external technical specialists. The reports from this work have been passed to BP.

On the basis of this work, the PSA notes that it has made BP aware of uncertainties related to the analyses used by the company as a basis for its application to extend the use of Valhall QP.

In particular, the PSA has challenged the following:

– 100-year wave – height of the wave crest. In the PSA’s view, BP underestimates the crest, which means in turn that wave loads are underestimated in BP’s analyses.
– Load from steep waves. BP’s analyses assume that the wave forms are symmetrical. In reality, they are asymmetrical where their crests are displaced in the direction of wave motion. Taking this effect into account increases wave loads.
– Acceptance limit for ultimate limit state. The PSA says it considers the analysis method used by BP to be inadequate (a combination of ulimate limit state (ULS) and accident limit state (ALS), where ULS loads are analysed in relation to the requirements for ALS.
– Determination of destaffing level. The assessments made by BP also influence the determination of possible destaffing criteria in connection with bad weather.