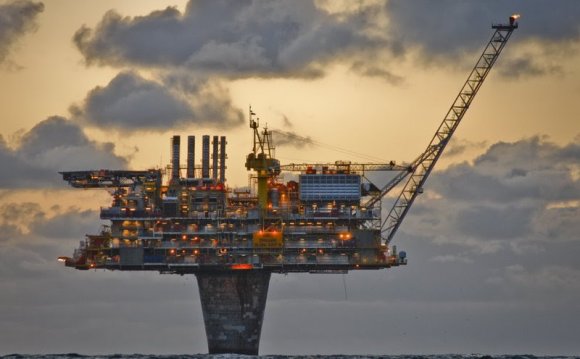 Yep, it’s time for another Monday Megapost and this week we’re focusing on those gentle giants of the sea: Oil Platforms.

The problem with finding oil platforms on Google Maps is that most of the open sea isn’t available on the higher zoom levels. Probably because there isn’t really much out there to see, and it saves Google storing multiple images of lots of boring water. Thankfully near the coast or in the smaller in-land seas and channels some oil platforms have been captured.

Our first platform is in the Gulf Of Mexico about a hundred klicks east of New Orleans. A bit closer to the coast is another and just north is what looks to be a tug pushing a line of barges.

Around the other side of the US off the west coast, south of Santa Barbara is another oil field full of activity. There are two platforms that look to be in the process of being supplied by ships. There are actually four platforms all in a line here, you can see the other two off to the east.

South down the coast and out to sea from Los Angeles harbour are these two big beasties with a walkway linking them.

Way over in the Gulf of Suez which divides Africa and Asia is the Gemsa oil field which is absolutely chock full of platforms. These ones seem to be a lot bigger than the ones in the US, this one is made up of multiple platforms and landing pads, all linked together by walkways.

If you zoom out a few clicks there are about five other platforms just as big.

In a bay on the west coast of South Africa is a particularly chunky looking platform that just sneaks into the high resolution coverage.

In our ongoing quest for the largest, tallest, biggest stuff in the world I couldn’t have mentioned oil platforms without including the mighty 43, 000 ton Petronis Platform, the tallest free-standing structure in the world (when including underwater structures). Unfortunately I couldn’t find it on Google Maps and I suspect it falls outside the high resolution coverages areas. If anyone can track it down though, leave a comment.