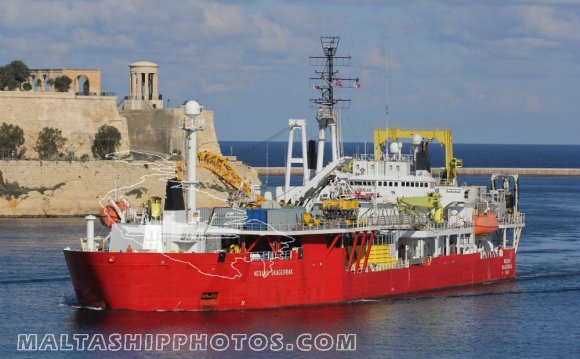 The C/S Nexans Skagerrak laid a 400 kV submarine cable across the Strait of Gibraltar and a 576-km-long HVDC cable between Norway and the Netherlands. In cooperation with Prysmian, it laid a 275 km energy/fiber cable at 1, 500 meters between Mallorca and mainland Spain. It has also completed 292 km of HVDC for the Norwegian Valhall oil field.

Nexans CAPJET trenching system has been developed to provide an efficient solution for protection of submarine cables, umbilicals and pipelines based on the water jetting principle. Nexans CAPJET has buried 8, 000 km since it was first introduced in 1986.

The trenching units have a purpose built Launch And Recovery System (LARS) for safe and efficient operation from the vessel. Nexans has three identical CAPJET Systems complete with handling system.

Nexans Captrack is designed to ride on rollers on top of the cable during cable laying. The Captrack gives accurate touchdown position. By means of depth sensor, altimeter and inclinometer, the most accurate bottom tension control is obtained. All data is transmitted to the control container topside.

C/S Nexans Skagerrak ready to put to sea after major ...