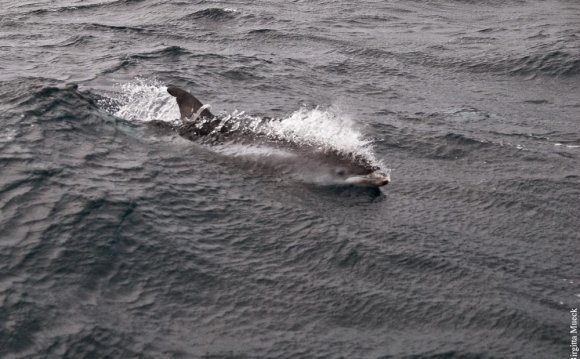 Refugees of war are often suspected to be part of a kind of stealthy invasion. Recent discussion of the Syrian crisis has included many mentions of the Jewish refugees who fled their home countries before and during World War II.

But they were not the only refugees of that conflict to find dangers and hostility as they made their escapes and sought new homes.

For example, the government of World War II-era Britain was very suspicious towards the Engelandvaarders (“England-Voyagers”).

These were the people who were fleeing from the Netherlands to the UK during World War II. Those strongly suspected of espionage or other Axis involvement, whether true or not, were jailed.

Before reaching Britain, refugees from places like the Netherlands and France had to undergo a very dangerous trip. Most of them traveled via Spain, which still had merchant ships traveling regularly to England.

If they made it through Nazi-occupied France and into Vichy France, the French border with Spain was closely watched. Refugees could be captured or killed by the Vichy French state’s patrols. For example, 300 French were killed in the Pyrenees.

Once Spain was reached, the nightmare was not over. The Spanish police arrested many, including my grandfather, as illegal aliens.

These unfortunate refugees were jailed in camps where the living conditions were very harsh. The food was distributed in meager quantities and diseases were very common. One hundred thirty French prisoners died in the Spanish jails and 2, 500 died prematurely afterward because of the conditions.

Spain also deported some refugees directly back to their Axis-occupied country. In those cases – usually deserters and the political activists – the deportees were destined to a certain death.

Some of the Dutch England-Voyagers went to the UK by small, dangerous boats across the North Sea – echoed in the Mediterranean drama of the refugee boats reaching Greek and Italian islands today.

A lot of North Sea boats were handcrafted. The RAF, like the Italian military today, rescued some of these North Sea England-Voyagers from the water. . We can see the precarious boat of young Dutch students saved by British service members.

A lot of Dutch England-Voyagers or French escapees, rather than posing a threat to Britain, subsequently engaged in the Resistance movements of the Netherlands or France. Others served in the Liberation Army against the forces of Vichy France and the other Axis powers.

This, too, was far from risk-free and required incredible bravery. Some of these England-Voyagers who returned home to participate in the Dutch Resistance were caught in the Nazis’ Englandspiel operation. This was a big counter-intelligence effort by Germany that used the codes of captured agents to lure the others.