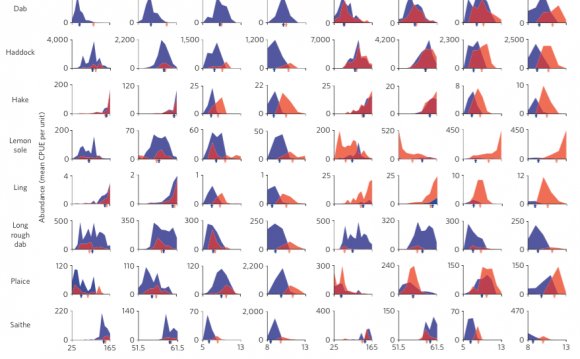 Cod is no longer regarded as a conservation problem

Stocks of the staple of fish suppers from home waters have been in decline for 30 years.

Instead Britain has been importing about 116, 000 tons of the fish a year worth ­£400million from the Arctic and Iceland.

But yesterday the Marine Conservation Society took North Sea cod off its Fish to Avoid list.

Conservation measures have helped the fish rebuild its pop­ulation. The MCS rates fish at risk according to a traffic light system and says the cod are now rated at amber not red.

Cod numbers in the North Sea are on the rise

Whilst this certainly is a milestone for North Sea cod, the job is not done yet

MCS Fisheries Officer Samuel Stone said: “It’s fantastic to see this fishery finally off the red list. Years of sacrifice and a lot of hard work have led to popul­ation increases above dangerously low levels.”

But he added: “Whilst this certainly is a milestone for North Sea cod, the job is not done yet.

“Efforts of recent years need to continue in order for the fishery to head towards the green end of the spectrum.” Barrie Deas, of the National Fed­eration of Fishermen’s Organisations, said: “It’s good news that MCS recognises the hard work that has gone into rebuilding the North Sea cod stock.”

The European cod fishery ­collapsed in the 1980s because of over-fishing.

Though stocks in the North Sea have finally increased above danger levels, the MCS says the fish may never fully recover to its previous vast numbers.

A combination of sustained over-fishing plus ocean warming blamed on climate change have reduced the cod’s reproductive ­success. Nine smaller cod fisheries in the North-east Atlantic are still rated as red for danger – the Celtic Sea, the Faroes ­Plateau, Faroes Bank, the Irish Sea, the Kattegat, the Norwegian Coast, Rockall, the West of Scotland and the West Baltic.

Mr Stone said: “These nine cod stocks now need some of the attention that North Sea cod has had over the last ­decade in order to turn things around.

“Whilst these are far smaller than the North Sea stock, they still play a very important role in the local marine ecosystem and greater efforts are needed. The UK must do more to improve their status.”

The unlikely origin of fish and chips

About the UK National Fish and Chip Awards