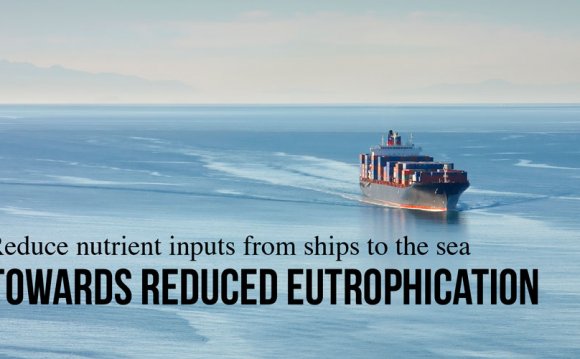 The modern terms short sea shipping, marine highway and refer to the historical terms coastal trade, coastal shipping, coasting trade and coastwise trade, which encompass the movement of cargo and passengers mainly by sea along a coast, without crossing an ocean. 'Deep-sea shipping', 'intercontinental shipping' or 'ocean shipping' refers to maritime traffic that crosses oceans. While 'short-sea shipping' is the term used in Europe, the United States also has used the term, 'marine highway'.

Historically, many developed English-speaking countries used the British term 'coasting trade' or 'coastwise trade', which is still used. The coastwise slave trade referred to the domestic slave trade in the United States that shipped slaves by water from the Upper South to major markets, especially New Orleans.

The United States maintained this term from its colonial era and began regulating the coastwise trade as early as 1793, with the Congressional passage of "An act for enrolling and licensing ships and vessels to be employed in the coasting trade and fisheries, and for regulating the same", which passed on 18 February that year. Over the years, it has been codified as 46 U.S.C., Coastwise Trade.

Some short sea ship vessels are small enough to travel inland on inland waterways. Short sea shipping includes the movements of wet and dry bulk cargoes, containers and passengers around the coast (say from Lisbon to Rotterdam or from New Orleans to Philadelphia). Typical ship sizes range from 1000dwt (tonnes deadweight - i.e. the amount of cargo they carry) to 15000dwt with drafts ranging from around 3m to 6m. Typical cargoes include grain, fertilisers, steel, coal, salt, stone, scrap and minerals (all in bulk), oil products (such as diesel oil, kerosene, aviation spirit - all in bulk), containers and passengers. Short sea shipping should not be mistaken with inland navigation.

In Europe, short sea shipping is at the forefront of the European Union's transportation policy. It currently accounts for roughly 40% of all freight moved in Europe. In the US, short sea shipping has yet to be used to the extent it is in Europe, but there is some development. The main advantages promoted for this type of shipping are alleviation of congestion, decrease of air pollution, and overall cost savings to the shipper and a government. Shipping goods by ship (one 4000dwt vessel is equivalent to between 100-200 trucks) is far more efficient and cost-effective than road transport (though the goods, if bound inland, have to be transferred and delivered by truck) and is much less prone to theft and damage.

Roughly 40% of all freight moved in Europe is classified as Short Sea Shipping, but the greater percentage of this cargo moves through Europe’s heartland on rivers and not oceans. In the past decade the term Short Sea Shipping has evolved in a broader sense to include point-to-point cargo movements on inland waterways as well as inland to ocean ports for transhipment over oceans.

In Europe the main hub of short sea shipping is Rotterdam, which is the largest European port, with Antwerp as a second. The Dutch play an important role in this, having developed a hybrid vessel, designed to navigate the sea as well as the Rhine into the Ruhrgebiet. The Dutch and Belgian main waterways (Maas, Waal, Amsterdam-Rhine Canal, Scheldt) locks and bridges are built accordingly. Because of congestion in the larger ports, a number of smaller (container)ports have been developed, and the same goes for the Rhine-ports such as Duisburg and Dortmund in Germany. The ports of Hamburg, Felixstowe (now the largest port in the UK), and Le Havre also are significant in this shipping.

In the Netherlands the sector has seen rapid growth, aided by a tax-enabled investment scheme. The traditional region for building "coasters" is the province of Groningen, where most wharfs have side-laying ship slides. The major trend is to have bare hulls made with cheaper labor in Poland or Rumania and to finish them in the Netherlands.

Cargo movements on the Great Lakes Seaway System can be classified as short sea shipping under this broadening of terminology. The St. Lawrence Seaway Management Corporation of Canada, with its U.S. counterpart the St. Lawrence Seaway Development Corporation, has for the past several years promoted this concept under its marketing umbrella ‘Hwy H2O’. The concept is intended to use existing capacity on the 3, 700-kilometer (2, 300 mi) St. Lawrence - Great Lakes corridor in harmony with rail and truck modes to reduce overland congestion.

Great Lakes Feeder Lines of Burlington, Ontario, Canada was the first company to operate a ‘fit for purpose’, European-built Short Sea Shipping vessel, named the Dutch Runner, on the Great Lakes Seaway System under Canadian flag. During the winter of 2008-2009, she operated a weekly, fixed service between Halifax and St. Pierre et Miquelon, carrying Ro-Ro (Roll on - Roll off), break bulk, containers, and reefers. Crew on the ship can load and unload it with the two 35-tonne cranes.

Another Canadian firm, Hamilton-based McKeil Marine Inc., operates a fleet of ‘tug and barge’ combinations; these have has been moving commodities such as tar, fuels, aluminum ingots and break bulk cargoes for years on the Great Lakes Seaway System. Along the St. Lawrence River, McKeil Marine transports aluminum ingots from a smelter in Quebec to destinations in Ohio, a distance of 944 nautical miles (1, 748 km). One barge carries the equivalent of 220 40-ton trucks.