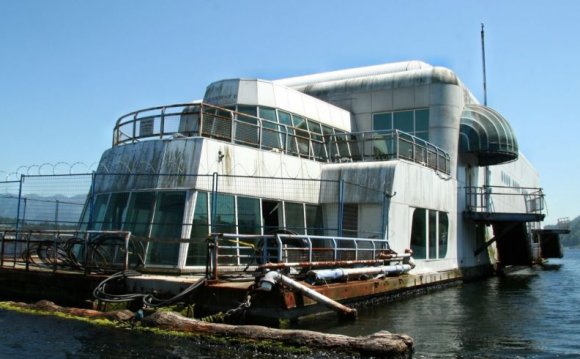 When a SpaceX Falcon 9 rocket launches, it gathers speed and punches through the atmosphere. The rocket portion of the Falcon 9 detaches and sends the capsule to carry its payload into orbit. The rocket then reenters the atmosphere after being boosted backwards and flipping 180 degrees, according to Popular Mechanics.

Ideally, the rocket would then adjust its course and angle for landing and stabilizing fins and boosters would help keep the rocket from spinning. The rocket's descent, held stable despite buffeting winds, would slow from over 3, 000 miles per hour to around 500 mph before landing. SpaceX compared the process to “trying to balance a rubber broomstick on your hand in the middle of a wind storm.”

Despite the added difficulties, SpaceX is intent on successfully landing a rocket at sea. Why? It comes down to performance.

By landing on a drone ship instead of returning to the launch site, "you're not using as much fuel to get back, so you have more fuel to accelerate the [payload] toward orbit, " explains Jonathan McDowell of the Harvard-Smithsonian Center for Astrophysics.

In a 2013 September press conference, Mr. Musk explained that recovering the rocket portion of a Falcon 9 cost a small portion of its overall performance capabilities. Landing on a drone ship caused a smaller performance hit. "If we do an ocean landing, the performance hit is actually quite small at maybe in the order of 15%. If we do a return to launch site landing, it's probably double that, it's more like a 30% hit (i.e., 30% of payload lost), " Musk said.

High-velocity missions, with bigger payloads or small payloads traveling into a higher orbit, cannot afford this performance hit. As a result, returning to the launch site would be “not physically possible, ” Elon said in a tweet.

As mentioned before, ship landings are needed for high velocity missions. Altitude & distance don't mean much for orbit. All about speed.