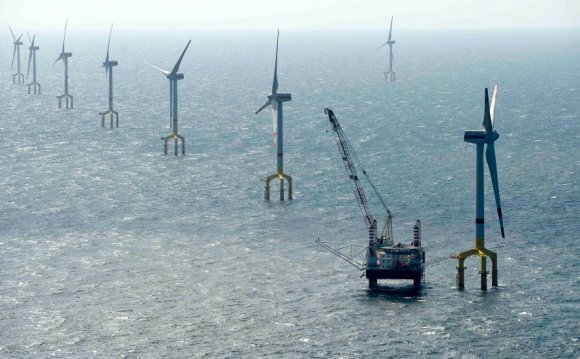 The North Sea is one of the most industrialized bodies of water in the world, chock-a-block with oil rigs, undersea pipelines and cabling, and now wind turbines. Fishing grounds overlap with energy extraction and creation, and shipping threads its way through the maze.

The proliferation of “blue” business is causing such a tangle that someone needs to impose a better plan before it’s too late, British politicians contend.

A new report from the UK House of Lords calls for better cooperation between the states that surround the North Sea, especially in fields such as energy, where working together could “improve the security of supply and mitigate soaring consumer and commercial prices.”

But this would come at a cost, the authors say–especially in an environment where “navigable space” allocated to wind farms could increase 50-fold within a few years.

The report noted that the installation of cables, pipelines, and other energy-related structures can impact marine life. Dolphins, it said, “can be seriously affected by the noise of pile driving new structures into the seabed.” Ships have to navigate around turbines and oil platforms. Cables can present problems for fishermen.

No single body oversees the entire North Sea—a situation the report is seeking to rectify, noting that the patch of water edged on three sides by the UK, the Netherlands, Denmark, Norway, and other countries is the “lifeblood” of more than 60 million people. Its industry employs 850, 000 people, and adds €150 billion to the economies on its shores, while it also provides energy, food, trade routes, and the chance to swim on Christmas Day.

Redcar Wind Farm... the sound of the sea

Thornton Bank, the Largest Wind Farm in the Belgian North ...