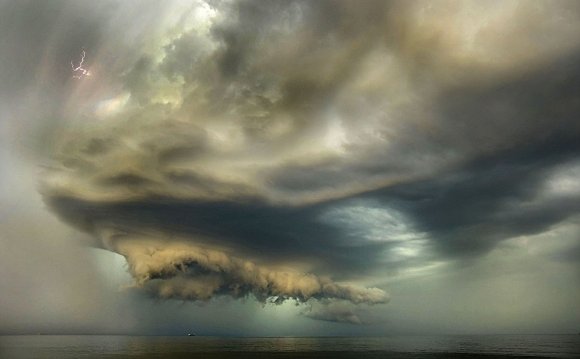 Winston Churchill described it as “the greatest adventure story to come out of the war”. Yet the final chapter of the saga of the Orzel, a Polish submarine, is still a mystery which has intrigued millions of Poles and successive Warsaw governments.

The Orzel (Eagle) was lost without trace with 54 crew aboard somewhere in the North Sea in the early summer of 1940. She had been taking part in a wartime patrol for the Royal Navy, and disappeared only months after completing one of the most daring and extraordinary maritime escapes on record.

In September 1939, without charts and with most of its weapons removed, the Orzel fled from Estonia – hundreds of nautical miles through the Nazi and Soviet controlled Baltic – to Britain, where she took part in the campaign against the German invasion of Norway.

Poland’s latest drive to find the lost submarine will be launched next month, just as a new feature film and a television series about its exploits are being made to mark the 75th anniversary of the Orzel’s disappearance.

Early in May, the Chieftain, a bright red, British-crewed 80ft fishing boat, will set out from Whitby harbour in Yorkshire, with a team of Polish divers equipped with underwater search machines. Tomasz Stachura, of the Polish diving concern Santi, which is leading the hunt for the submarine, told The Independent on Sunday: “The Orzel saga has become the stuff of Hollywood; there is huge interest in finding out just what happened to the submarine. For me, it has almost become an obsession.”

Since 2006, Poland has made five attempts to find the Orzel, without success. The North Sea is one of the world’s biggest maritime graveyards. The wrecks of hundreds of vessels sunk in both the first and second world wars lie on the seabed.

Mr Stachura is basing his search area on a theory that the Orzel was sunk by “friendly fire” and that the submarine hit a British minefield, which covered an areas of some 50 nautical square miles in the North Sea. His team has sought the help of British fishermen with specialist knowledge of North Sea wrecks.

Desmond King, the owner of the Chieftain, said wrecks were particular targets for the parties of line-fishing anglers he carries, because they are the favourite habitat of cod and ling. “Our search area is being kept a secret until the last minute. We don’t yet know where we are going, ” he told the IoS.

Modern remote-controlled underwater vehicles equipped with video cameras could quickly identify and explain the fate of the submarine which began its heroic career on 8 September 1939, only a week after Nazi Germany launched its invasion of Poland. With the country’s few remaining harbours rapidly captured by the Germans, the Orzel had no option but to put to sea.

The 1, 473-ton Dutch-built submarine made for the then neutral port of Tallinn in Estonia. But the Estonian authorities, acting under growing Nazi pressure, interned the submarine’s crew, confiscated its charts and navigational equipment and began dismantling its weaponry. All along, the Orzel’s captain, Lt-Cdr Jan Grudzinski, managed to keep up a show of co-operation which eventually enabled the submarine to escape.

Lt-Cdr Grudzinski sabotaged the torpedo hoist so that some weapons could remain aboard. That night his crew overpowered two soldiers guarding the submarine, axed through the port’s main electric cable, plunging the harbour into darkness, cut mooring warps, and headed at full speed for open water with the soldiers as hostages.