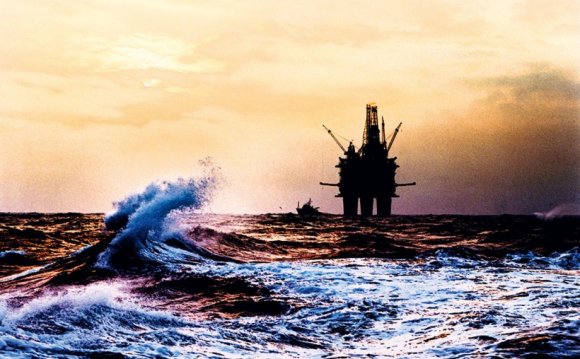 Inspectors from the Department of Energy and Climate Change (DECC) will carry out an inquiry into the Shell North Sea oil spill, it emerged yesterday, to try to find the cause of the biggest British oil leak in more than a decade.

The leak, which began a week ago at the Gannet Alpha production platform, 112 miles off Aberdeen, and was continuing last night, has so far discharged about 218 tonnes, or 1, 300 barrels, of oil into the sea, and conservationists have expressed fears about potential harm to seabirds and other marine life.

The amount released makes it the biggest spill on the UK continental shelf since that in the Hutton field in 2000, when about 350 tonnes were released. The annual total of oil spilled from operations in the British sector of the North Sea rarely exceeds 100 tonnes.

The leaking oil at Gannet Alpha is not coming from the well itself, which has been shut off, but from the network of pipes on the seabed 300ft below the platform. The initial leak point was sealed last Thursday, Shell said, but a smaller "residual" flow was continuing from a secondary source in the same area of the piping, believed to be a relief valve. Efforts were continuing to seal off the valve yesterday.

"It has proved difficult to find the exact source of the leak because we are dealing with a complex subsea infrastructure and the leak seems to be coming from an awkward place surrounded by marine growth, " Glen Cayley, technical director of Shell's exploration and production activities in Europe, said last night.

"So it has taken our Remote Operated Vehicle (ROV) inspections some time to establish exactly where the source is. We face a number of technical challenges to ensure that there is no further release of hydrocarbons to the sea, so we are working on this methodically and carefully."

The company said that the leak had now been reduced to a flow rate of less than a barrel a day, down from five barrels a day on Monday. A barrel of oil is about 42 gallons. An area of sea surface of about 26 square kilometres is affected by the oil but it is not expected to reach the shore, Shell said.

My Cayley declined to speculate on the cause of the leak, which will be the subject of an inquiry by DECC environmental inspectors. He rejected suggestions that Shell had been slow to make the situation known after the leak happened last week.

"We had notification of oil in the water on Wednesday when we immediately informed DECC, " he said. "We informed the Health and Safety Executive and we informed the Coastguard, and Marine Scotland. It took really some time to understand exactly what we were dealing with."

Nevertheless, environmental groups are criticising Shell for what they claim was the delay in making the situation public. "While oil has been flowing, timely information has not, " said Greenpeace senior oil campaigner Vicky Wyatt. "The original leak, now classified as significant, happened on Wednesday, but the news wasn't made public for 48 hours. As Shell finalises plans to move into the fragile Arctic, where oil spills are almost impossible to clean up, the company has important questions to answer."

* When the oil tanker Torrey Canyon sank after hitting rocks off Cornwall in 1967, a slick measuring 270 square miles contaminated 120 miles of the Cornish coast and 50 miles of French coastline; 15, 000 sea birds died.

* In 1993, 85, 000 tonnes of crude oil were spilled when the MV Braer ran aground off Shetland. Only a small amount of oil reached land. It was biodegradable, which helped to lessen its impact on wildlife.