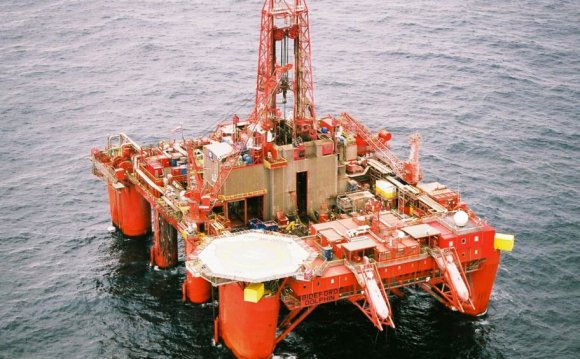 Last Wednesday, every single Norwegian became a millionaire – without having to lift a lillefinger. They owe the windfall to their coastline, and a huge dollop of good sense. Since 1990, Norway has been squirreling away its cash from North Sea oil and gas into a rainy-day fund. It's now big enough to see Noah through all 40 of those drizzly days and nights. Last week, the balance hit a million krone for everyone in Norway. Norwegians can't take a hammer to the piggy bank, amassed strictly to provide for future generations. And converted into pounds, the 5.11 trillion krone becomes a mere £100, 000 for every man, woman and child. Still, the oljefondet (the government pension fund of Norway) owns over 1% of the world's stocks, a big chunk of Regent Street and some of the most prime property in Paris: a pretty decent whipround for just five million people.

Wish it could have been you with a hundred-grand bonus? Here's the really nauseating part: it should have been. Britain had its share of North Sea oil, described by one PM as . We pumped hundreds of billions out of the water off the coast of Scotland. Only unlike the Norwegians, we've got almost nothing to show for it. Our oil cash was magicked into tax cuts for the well-off, then micturated against the walls of a thousand pricey car dealerships and estate agents.

All this was kick-started by Margaret Thatcher, the woman who David Cameron claims saved the country. The party she led still touts itself as the bunch you can trust with the nation's money. But that isn't the evidence from the North Sea. That debacle shows the Conservatives as being as profligate as sailors on shore leave.

Britain got nothing from the North Sea until the mid-70s – then the pounds started gushing. At their mid-80s peak, oil and gas revenues were worth more than 3% of national income. According to the chief economist at PricewaterhouseCoopers, John Hawksworth, had all this money been set aside and invested in ultra-safe assets it would have been worth £450bn by 2008. He admits that is a very conservative estimate: Sukhdev Johal, professor of accounting at Queen Mary University of London, thinks the total might well have been £850bn by now. That doesn't take you up to Norwegian levels of prosperity – they've more oil and far fewer people to divvy it up among – but it's still around £13, 000 for everyone in Britain.

Hawksworth titled his 2008 paper on the subject: "Dude, where's my oil money?" We don't have any new hospitals or roads to show for it: public sector net investment plunged from 2.5% of GDP at the start of the Thatcher era to just 0.4% of GDP by 2000. It is sometimes said that the money was ploughed into benefits for the miners and all the other workers Thatcherism chucked on the scrapheap, but that's not what the figures show. Public sector current spending hovered around 40% of GDP from Thatcher through to the start of the banking crisis.

So where did our billions go? Hawksworth writes: "The logical answer is that the oil money enabled non-oil taxes to be kept lower." In other words: tax cuts. When the North Sea was providing maximum income, Thatcher's chancellor, Nigel Lawson slashed income and other direct taxes, especially for the rich. The top rate of tax came down from 60p in the pound to just 40p by 1988. He also reduced the basic rate of income tax; but the poor wouldn't have seen much of those pounds in their pockets, as, thanks to the Tories, they were paying more VAT.

What did Thatcher's grateful children do with their tax cuts? "They used the higher disposable income to bid up house prices, " suggests Hawskworth. For a few years, the UK enjoyed a once-in-a-lifetime windfall; and it was pocketed by the rich. The revolution begun by Thatcher and Reagan is often seen as being about competition and extending markets. But that's to focus on the process and overlook the motivation or the result. As the historian of neoliberalism Philip Mirowski argues, what the past 30 years have been about is using the powers of the state to divert more resources to the wealthy. You see that with privatisation: the handing over of our assets at knock-down prices to corporations and supposed "investors", who then skim off the profits. The transformation of the North Sea billions into tax cuts for the wealthy is the same process but at its most squalid.

Oseberg Field Center in winter storm in the North Sea ...