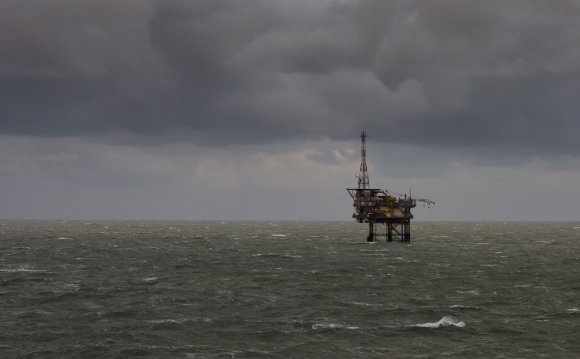 One person dies and two are injured after a massive wave hit a Chinese-owned oil rig off Norway, while a barge breaks its anchor during Storm Frank, causing the shutting down of a BP platform.

China Oilfield Services Ltd (COSL) confirmed that one person had died after the COSL Innovator rig (pictured) in the Troll field off Norway was hit by a huge wave during a storm on the 30 December.

The storm, which saw waves up to 14 metres high and wind speeds of 45-67mph, damaged the living quarters for the 106 staff and forced a partial evacuation of the rig. Nearly 50 staff members were winched off as the high winds prevented helicopters from landing. The two injured people were receiving medical treatment on land.

The rig had been taken off the oil well as a precaution in advance of Storm Frank, and is now heading for the Norwegian coast.

This was the first fatal accident off Norway since 2009, according to the country's Petroleum Safety Authority.

A BP spokesman said 71 people were being evacuated and that oil production, which had been around 50, 000 barrels a day, was being shut down.

The barge was still drifting but all remaining staff would be off before it became any danger, the company said. There is no oil stored within the platforms as it is all transported directly via pipelines.

A spokesman later said it had passed by without incident, and the process towards restoring normal production could begin.