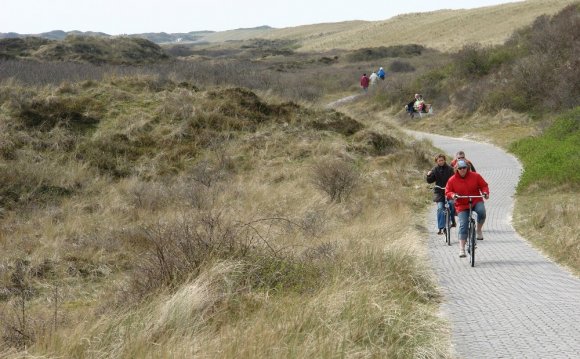 The island of Sylt: 40 kilometres of sandy beaches to the west, a broad expanse of the Wadden Sea to the east and vibrant spa resorts such as Westerland and Wenningstedt that are superb for health and wellness. The 'Queen of the North Sea' is part of the Schleswig-Holstein Wadden Sea National Park and at 99 square kilometres is the fourth-largest island in Germany. Despite their island location, Sylt and its popular holiday resorts of Morsum, Keitum, Rantum, Hörnum, Kampen and List remain connected to the mainland via the Hindenburg causeway.

Sylt has made a name for itself as a venue for top sporting events thanks to the annual Windsurf World Cup. And the water sports conditions are great for amateurs too! Swimmers on Sylt's western coast find themselves sharing the sea with sailors, kiteboarders and surfers. Back on dry land, golf courses boasting superb views over the North Sea present a different challenge altogether. Vast swathes of the island's natural beauty are safeguarded by law, with one seventh of its total area covered by conservation zones and one third by nature reserves. This means that around half the island is under some kind of protection. What's more, the surrounding Wadden Sea became a UNESCO World Natural Heritage site in 2009.

Sylt has a fun and vibrant nightlife. Not only is there plenty of entertainment for night owls, but lovers of food and drink will also find themselves spoilt for choice. The island's eateries range from Michelin-starred restaurants to beach-side bistros, and the quality of the cuisine with its focus on locally sourced produce is an open secret. That's no surprise: Sylt's gourmet restaurants regularly receive rave reviews from international connoisseurs.