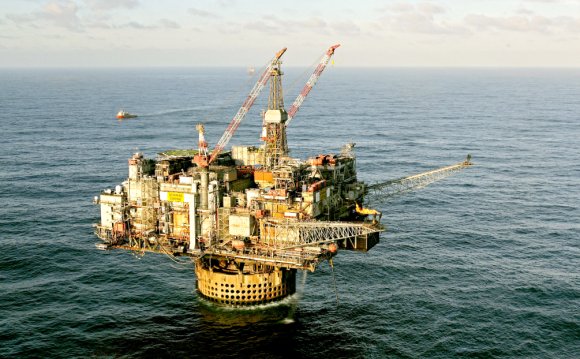 Norwegian rescuers said on Thursday that an unmanned barge that had broken loose in the North Sea in stormy weather had missed an oil field where it could potentially have caused a disastrous collision.

A spokesman for Norway's Joint Rescue Coordination Center, Anders Bang Andersen, said it passed by the Valhall oil field at a distance of about 1.8 kilometers (1.2 miles), and no longer posed a danger to any other installations.

BP Norway said it evacuated two platforms early in the day after the 110-meter (120-yard) unmanned barge under tow broke loose in rough seas and began drifting toward the platforms in the North Sea oil field.

The personnel were flown by helicopter to other oil fields as a precaution, said company spokesman Jan-Erik Geirmo. Altogether 235 people were on board the platforms.

One of the platforms was a production facility including a hotel, and the other was a drilling rig operated by Danish company Maersk.

There were no reports of injuries. Production was suspended.

Valhall, which began producing in 1982, is situated in the far south of the Norwegian North Sea.

Earlier, Norwegian oil company Statoil said that one person was killed and two others injured late on Wednesday when a huge wave crashed into a drilling rig in the Troll field, also off the Norwegian coast in the North Sea.

That rig was also largely evacuated, with only an emergency crew left behind to steer the vessel to shore under its own power. The company said the two injured had been taken to the mainland by helicopter for emergency treatment.

At the time of the accident, drilling had been halted on account of the bad weather.

Norwegian broadcaster TV2 has reported that ConocoPhillips' Ekofist platform in the North Sea was also being evacuated following Wednesday's storm. The company has confirmed "minimum staffing" on the platform.

Oil Rig in the Irish Sea