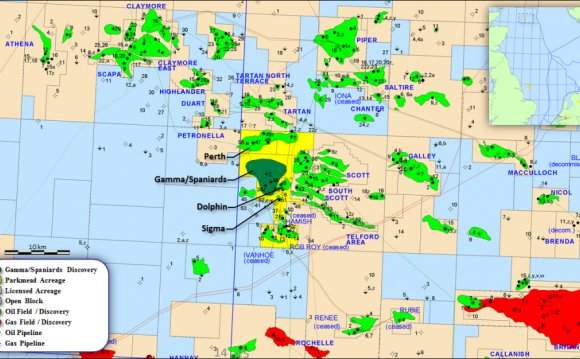 Following a farm-out to Agora Oil & Gas (UK), which reduced Serica's interest in the blocks to 65%, Serica drilled the Conan prospect in May 2010. No hydrocarbons were encountered and the area around the prospect was subsequently relinquished. The blocks now cover a total area of approximately 73 square kilometres.

In June 2013, Serica reached agreement with Centrica through its subsidiary Hydrocarbon Resources Limited (“HRL”) to farm-out an operated 45% interest, which reduced Serica's interest in the blocks to 20%. In consideration, HRL will bear Serica’s share of costs associated with the drilling of an exploration well up to a gross cap of £11 million. The agreement was completed in August 2014. The other participants in the Block 113/22a are HRL 45% (and operator), MPX Limited 25% and Agora Limited (a subsidiary of Cairn Energy) 10%.

Exploration in the licence is focused on the Doyle prospect in the north of Block 113/27c which extends into neighbouring block 113/22a in which Serica also has a 20% interest following the farm-out to HRL. Doyle is a large tilted fault block structure exhibiting a possible ‘flat spot’ consistent with the mapped closure of the prospect.