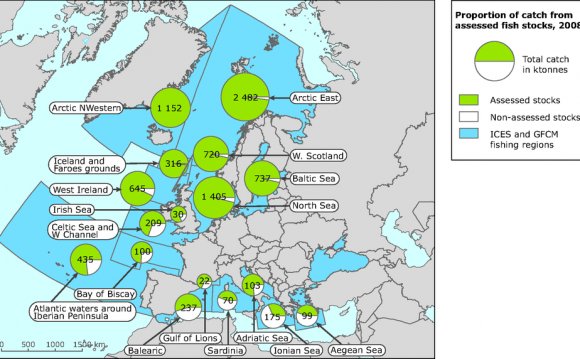 In the middle of the North Sea, about 200km east of Dundee, there are a number of deep trenches known collectively as the Devil's Hole. Figure 1 is a map of the Central North Sea and shows the location of the deeps. The north-south trending depressions which make up the feature were noted as long ago as 1931 by J.W. Gregory in the Geographical Journal (vol. 77, p. 548). They were first charted by H.M. Survey Ship Fitzroy with soundings taken at regular intervals along straight-line traverses. The method of fixing the positions of the soundings employed a series of beacons whose positions were known from star-sitings and from taut-wire runs from Aberdeen and Souter Point. Bearings were taken on the beacons and the depths plotted at the appropriate positions on the chart.

Figure 1 - Location mapModern position-fixing methods rely on radio waves sent out from stations on the mainland or from satellites. The Marine Geology Unit of the I.G.S. use the Decca Main-chain system of navigation for their sampling work. A console on the ship displays three coordinates calculated from shore-based radio-transmitting stations and converts these to a latitude and longitude position. This can be plotted on a chart and in the Central North Sea gives a position accurate to about 200m.

Traverses run by the Marine Geophysics Unit of I.G.S. use a system of satellite navigation whereby fixes and updates are received every few hours, intermediate positions being determined by Doppler sonar off the sea-bed. This system gives a position accuracy to about 100m.

The presence of the Devil's Hole was known long ago to fishermen, some of whom managed to lose their trawl nets on the steep sides of the trenches and thence gave it its name. The average water depth over most of the surrounding area is between 80m and 90m but reaches over 230m in the deepest part of the trench. The sides are steep - up to ten degrees. This may not sound very great at first but for a seabed slope it is quite considerable. As a comparison, the Continental Slope northwest of Britain has an average gradient of around one degree, a point worth recalling when you next see a diagram of the Continental Shelf, Slope and Ocean floor.

Figure 2 shows a bathymetric map of the area of the Devil's Hole. The narrowness of the features and their approximate north-south trend can be clearly seen. There has been some debate as to what these features should be called - the words channels, valleys and trenches have all been used at various times in the literature. Channels and valleys both imply an origin which may not be appropriate. For the time-being I shall refer to them as trenches. These are not to be confused with deep sea trenches which are a product of plate tectonics! They are on average 1 to 2 kilometres wide, 20 to 30 kilometres long and at their maximum development 120m deep (below the seabed). The relief along the bottom of the trenches is sometimes quite dramatic when seen on echo-sounder recorders (Figure 3).

As well as echo-sounder profiles of the seabed, the geophysical records include shallow seismic lines. Differences in the frequency of the sound source mean that in addition to a surface trace, these show reflections from below the seabed. The best type of equipment to show the nature of the deposits in the Devil's Hole is a high resolution 'boomer' seismic source. Figure 4 shows a 'boomer' record across a part of the Devil's Hole. It can be seen that below the present-day seabed surface there are a number of conformable reflectors. This apparent lamination is known as seismic layering and is caused by changes of the density in the sediment. These changes can be interpreted as representing variations in the nature of the sedimentary deposits. The 'multiple reflections' shown on the section are a function of the seismic process and are related to secondary reflections of sound waves from the seabed and sea-surface.

The scale along the top of the section is drawn by measuring the distance between fixes (heavy vertical lines) which are taken every 10 minutes. The thin horizontal lines across the section represent time measured in tens of milliseconds. This is the time taken for the sound wave to travel to a reflector and return to the receiver towed behind the ship. It is known as the 'two way time'. It is not a direct measurement of depth, the exact time being a function of the velocity with which sound travels through the sediments. Examples of some velocities are given below in metres per second:

If we take an average value of 1700 m/s, the 10 millisecond scale mark on the side of the section can be seen to represent 8.5m. It is clear therefore that there is a great deal of vertical exaggeration in this section (approx. 17x)

In 1981 the Marine Geology Unit drilled a borehole on the flank of this trench, shown in Figure 4, through the underlying sediments. The core returned showed that the top 11 m consisted of sand which proved to be very fine to fine grained with a variable amount of silt. The sand grains were dominantly quartzose with a subsidiary quantity of metamorphic rock fragments and heavy minerals. Angular shell fragments were also recovered. Below the sand, the sediments comprised very soft silty clays with occasional interbedded sands. Shell fragments and small scattered pebbles were found through this unit. These soft clays were recovered down to 53m where the drill penetrated a 7m thick bed of slightly gravelly shelly sand. At 60m the drill encountered stiff clay and sand, which was taken to represent the base of the trench infill. From this information, we are able to construct a cross section of the trench and its infill (Figure 5).

Figure 5 - Geological cross-section across a trench in the Devil's Hole area (vertical exaggeration x5)We can see from this geological cross section that the soft clay makes up the greatest thickness of sediment in the trench. The seismic layering also suggests that the clay has been deposited in a more or less symmetrical distribution, although the axis of symmetry is not the same as the present axis of the trench. The basal gravelly shelly sand layer also has a generally symmetrical distribution. In contrast, the upper fine grained sand layer is markedly asymmetrical, occupying only the western side of the trench. Looking at other trenches in the Devil's Hole, this is found to be the case over much of the rest of the area as well. Locally there is also some seismic layering which resembles large scale cross bedding within the upper sand, the sediment transport appearing to have been from the west. Near the Scottish coast, fine grained sands very similar to those in the upper part of the Devil's Hole sediments appear to be related to river outwash fans.

Several types of microfossils have been recovered from the sediments in this borehole. These include foraminifera and dinoflagellate cysts which have been analysed by the Palaeontology Unit of I.G.S. The fossils from the basal gravelly sands and from the soft clays are commonly arctic species while in the sand at the top of the borehole, several temperate and boreal forms are found.