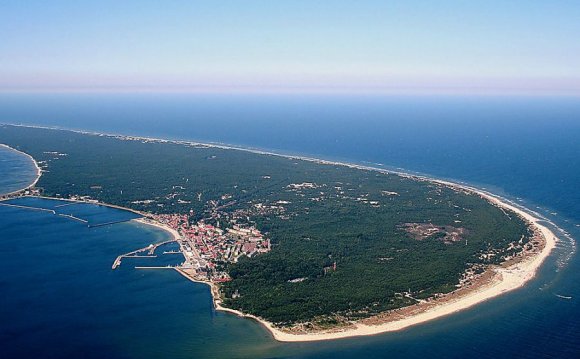 "Have you ever been to the Long Market in the evening? This is a unique street in Gdansk that should be seen at just that time. The streetlights are just coming on, tables in the cafes and the restaurants are just starting to fill and the historic buildings create a fairytale atmosphere. Just a weekend is enough to fall in love with Gdansk. This city has a great history, it was once part of the rich trail of the Hanseatic League and it was here that Solidarity was born, the movement that finally toppled communism in Europe. Freedom can be felt here at every step! "

This region in north-western Poland with its 300 miles of Baltic coastline, the Pomeranian Lake District and the "Swiss-like" Kaszubian District is among the most attractive tourist regions in the country. Its territory covers both the West Pomeranian Voivodship, with its capital Szczecin and the Pomeranian Voivodship having the capital of Gdansk. The Kaszubian lands lay to the south-east of Gdansk and are inhabited today by more than 200, 000 descendants of the Slav tribe, the "Kashubians", maintaining the traditions of their language and culture.

Szczecin, with its population of around 420, 000, is the capital city of Western Pomerania. It is located by the River Odra, some 40 miles from the Baltic Coast which can be reached by boat and sailing through the Bay of Szczecin. Szczecin is a large busy port as well as an important junction for water and land transportation and a major industrial, educational, scientific and cultural centre. Its old churches include the Gothic cathedral of St Jacob the Apostle (14th century), the Gothic Church of St Peter and St Paul (15th century) and the Franciscan church built between the 13th and 14th centuries. Reconstructed after the damaged sustained during World War II, the Castle of the Pomeranian Princes with its famous clock tower is now used as a focal point for cultural and artistic events.

The 18th century Harbour Gate, the Gate of Prussian Homage as well as the Tower of the Seven Cloaks are all that has remained of the former city fortifications. The "Waly Chrobrego" is the popular promenade running along the bank of the River Odra.

Swinoujscie is a port city and health resort. It is located next to the border with Germany, partly on Uznam Island and partly on Wolin Island. The recreation park here was founded in the mid 19th century. The Museum of Sea Fishery is situated at Plac Rybaka 1. A lighthouse stands at the estuary of the River Swina, built in the mid 19th century which now has the distinction of being the highest on the Polish coast (223 feet).

Wolin Island, with its popular beach resort of Miedzyzdroje and two health resort of Miedzywodzie and Dziwnow offer, not only 15 miles of coastal sandy beaches but also a remarkable National Park and a popular golf course with both 9 and 18 hole courses. The Wolin National Park covers only about one fifth of the island's total area but stretches from the cliff coast near Miedzyzdroje as far as the Bay of Szczecin. Many hiking trails run across the moraine landscape dominated by beech forests. A bison reserve within the National park is worthy of particular attention.

The kitesurfing on the Baltic Sea in Miedzyzdroje, Poland

UFOs descending into the Baltic Sea in Poland - 9 ...