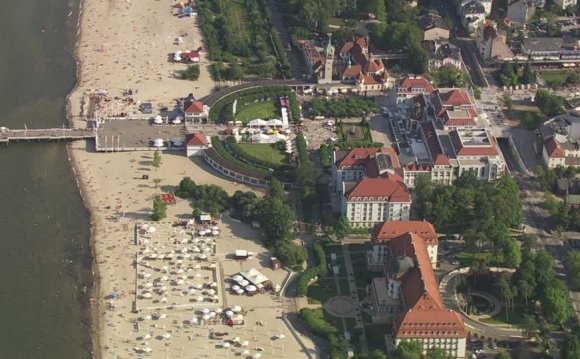 It's a fairly safe bet that if a travel article poses the question, 'Is Somewhere the New Somewhere?' the answer will be 'No'. But does that stop us asking the question? Of course it doesn't. Over the years this travel section has grappled with such thorny questions as: Is Slovenia the new Switzerland? Is Puglia the new Tuscany? And, a touch optimistically perhaps, is Orkney the new Ibiza? A thesis based, if I remember rightly, on Kirkwall having a cash machine AND a nightclub.

We know it's wrong. We know it's facile. But we just can't help ourselves. For a while the fast-emerging Eastern European countries provided rich pickings. Thanks to cheap Ryanair and Easyjet flights and the eastward expansion of the EU, there's not a city in the former Soviet Union which hasn't been christened The New Prague (apart from Bucharest, and if you've been there you'll know why). A person whose job it is to worry about these things could get quite dispirited.

But then my travel antennae began to pick up some exciting new signals from the east. Rumours began to circulate of a pristine coastline of rolling white sand dunes backed by whispering forests where elk and wild boar roam free. Where the sea is calm, the women are svelte and the beer is cheap. I felt my pulse quicken.

A quick flick through the pages of Lonely Planet was enough to convince me that the Baltic Coast, in particular the stretch belonging to Lithuania, Latvia and Estonia, could be this summer's Next Big Thing. In the Soviet era visitors would travel from all over the USSR to the coast's state-owned boarding houses and sanatorium. More recently Scandinavians have been lured across the Baltic Sea by the relatively cheap cost of living. But for the British it is largely terra incognita

Unbidden, the words began forming themselves in my mind: Is the Baltic the new Mediterranean? No sooner had the preposterous question popped into my head than I had booked myself and my friend Carole on a flight to Tallinn. We would hire a car, and take a roadtrip, Thelma and Louise-style, along the coast, to see if these rumours had any substance.