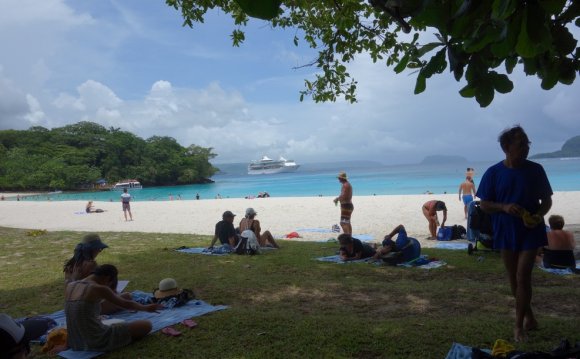 While still overshadowed by the popularity of the Mediterranean, a cruise on the Baltic Sea through Northern Europe and Scandinavia has charms of its own. The region boasts a kaleidoscope of cultures, languages, currencies, artistic traditions and ancient histories - and cruising is the ideal way to see it all at a reasonable price. (Sweden, Finland, and Denmark are traditionally more expensive than other parts of Europe.)

St. Petersburg, Russia, is the marquee attraction for Baltic cruises. Most lines offer two full days (and one night) in the city; some stay for two nights (and offer 2.5 days in the port of call). St. Petersburg is not only a beautiful and intriguing city; it can be one of the trickiest in Europe to visit, not just because of the language barriers but also due to its visa restrictions. That's another reason why cruising this region of the world can make sense from a logistical standpoint.

Besides Russia and Scandinavia, your port stops on a Baltic cruise will expand awareness of this region beyond its well-known fjords and capitals. Estonia's Tallinn is a staple of itineraries now, and Latvia's Riga is enjoying increasing popularity. Other ports that are often included on a Baltic cruise are Poland's Gdansk and Germany's Warnemunde, which provides easy access to Berlin.

Note: Although some Baltic Sea cruises include Oslo, Norway, as a port of call, cruises to the Norwegian Fjords have become popular enough that we discuss them in a separate story. For information on other Northern Europe destinations, see our Basics pieces on Arctic cruising and river cruises in Russia.

The prime Baltic season was once pretty much limited to July and August (save for September transatlantic crossings), but voyages now begin in May and run into September. Temperatures may be a bit more brisk at these times, but you'll avoid summer crowds, and cruise fares tend to be lower. June is generally one of the best times to visit Russia, as St. Petersburg celebrates "White Nights, " so called for the near-endless daylight. Summer temperatures, by the way, are generally a marked improvement over the sultry clime of the Mediterranean; expect 60s and 70s most days.

It used to be that most ships trawling the Baltic were older mid-sized members of cruise fleets (or small, high-end luxury vessels). Over the past couple of years, however, cruise lines have seasonally deployed their newer, bigger and more contemporary vessels, attracting a wider demographic of passengers.

Luxury lines are a staple of the region, with Crystal, Silversea, Cunard, Regent Seven Seas, Seabourn and Azamara all running itineraries. Some of the big pluses, beyond the expected amenities, are expanded enrichment programs about ports of call there, as well as occasional longer-than-usual stays in key cities. For instance, Regent Seven Seas offers its passengers three full days (and two nights) in St. Petersburg instead of the typical two days and one night. In addition, these lines have ramped up shore tours to offer fairly unprecedented access to cultural institutions and events.

For most Baltic cruises, Stockholm and Copenhagen are popular ports of embarkation and debarkation. More options exist, however, from England's Dover and Southampton, and some lines also leave from Amsterdam. Expect all Baltic cruises to be port-intensive.

Baltic Cruises: While some lines do have seven-night cruises, 10- to 14-night voyages are more common. A typical Baltic cruise will stop in several of the following ports, depending on the length of the trip: Oslo, Copenhagen, Stockholm, Helsinki, St. Petersburg, Tallinn and Warnemunde. Longer itineraries may add Riga, Gdansk, Hamburg or ports that are part of a Norwegian Fjords cruise, such as Stavanger, Norway.