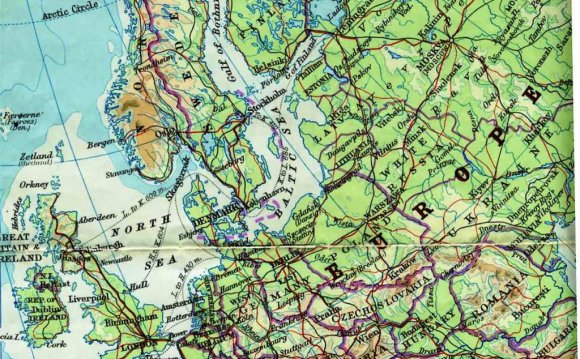 Increasing dissolved organic carbon (DOC) concentrations in lakes, rivers and streams in northern mid latitudes have been widely reported during the last two decades, but relatively few studies have dealt with trends in DOC export. We studied the export of DOC from Finnish rivers to the Baltic Sea between 1975 and 2010, and estimated trends in DOC fluxes (both flow normalised and non-normalised). The study encompassed the whole Finnish Baltic Sea catchment area (301, 000 km2) covering major land use patterns in the boreal zone. Finnish rivers exported annually over 900, 000 t DOC to the Baltic Sea, and the mean area specific export was 3.5 t km− 2. The highest export (7.3 t km− 2) was measured in peat dominated catchments, whereas catchments rich in lakes had the lowest export (2.2 t km− 2). Inter-annual variation in DOC export was high and controlled mainly by hydrology. There was no overall trend in the annual water flow, although winter flow increased in northern Finland over 36 years. Despite the numerous studies showing increases in DOC concentrations in streams and rivers in the northern hemisphere, we could not find any evidence of increases in DOC export to the northern Baltic Sea from Finnish catchments since 1975.

► DOC export to the Baltic Sea from Finnish rivers has not increased since 1975. ► No overall trend in annual water flow, but winter flow increased in northern Finland. ► Interannual variation in DOC export was high and controlled mainly by changes in hydrology. ► High winter time DOC export between 2005 and 2010 can be regarded as a possible example for future DOC fluxes.

Cleaning up the Baltic Sea - NEFCO