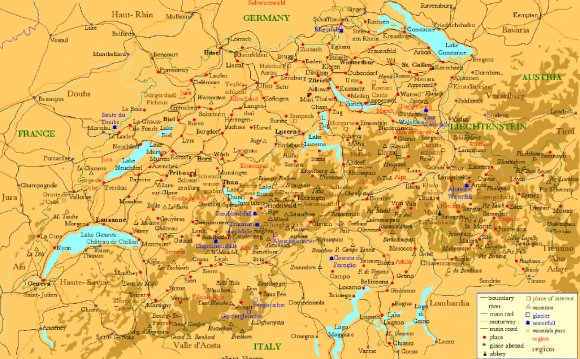 When I first saw the image for the August puzzler, I was struck by its beauty. The blue-green swirls look like they could be the brush strokes of an impressionist painting. Instead, this false-color scene was acquired by the Operational Land Imager (OLI) on Landsat 8.

Without any land visible in the scene, I thought it would be at least a day or two before receiving a correct guess. I was wrong. Congratulations to Helen Macintyre who was the first to correctly post a correct answer to the blog on August 18, just 94 minutes after the puzzler was posted.

Later that same day, Kari Nöjd posted a comment and became the first to correctly guess the phenomenon and its location. In fact, Nöjd was the only participant to correctly place this bloom in the Baltic Sea. Excellent work!

, “My guess is that this picture shows sea surface where algae is blooming. The line is from the boat, which is driving through the sea surface. Picture could have been taken from the Baltic Sea where has been big algae blooming fields forming for the past month … Unfortunately this is also effect of a human behavior. Nutrients from fields and waste waters increase the algae blooming.”

According to NASA oceanographer Norman Kuring, major cyanobacteria blooms like this one appear in the Baltic Sea nearly every summer, “and they always look like this in the satellite data.” Physical measurements from an expert in the field, however, were required to confirm that the bloom was cyanobacteria.

As for the line cutting through the scene? Yes, that’s the result of a ship cruising through the bloom. There are other ships too, as well as an airplane, visible in the zoomed-out version posted in our .