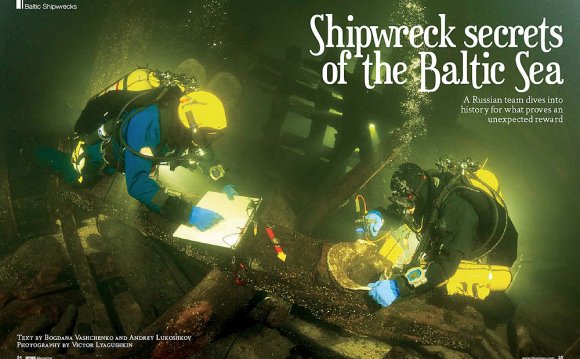 Researchers have begun exploring the wreckage of the Mars, a Swedish war ship that sank during a naval battle in 1564.

Johan Rönnby, professor of maritime archeology at Södertörn University in Sweden, was recently awarded a grant from the National Geographic Society for his project, "The Maritime Battlefield of Mars (1964)."

"It's a unique ship, " Rönnby said. "Maybe the biggest in the world during this time. And when it exploded, because it actually exploded during the fight, it went down to the bottom ... so we are diving on the wreck, but we are also diving on the sunken battlefield."

The ship sank during a bloody battle against a fleet from Denmark and the German city of Lübeck. Mars was rumored to have been cursed because many of its 130 cannons were made from melted church bells.

Rönnby says due to the brackish water and conditions of the Baltic Sea, the ship is remarkably well-preserved.

"The cold and darker water of the Baltic Sea preserves wreck in a fantastic way, and that's really the reason we have Mars on the bottom like this, " Rönnby said.