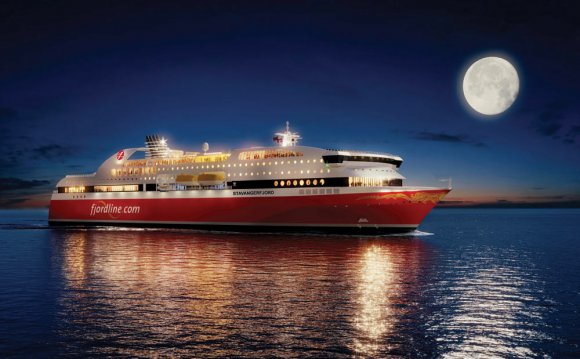 Baltic Ports Organization has initiated ‘LNG in Baltic Sea Ports’ project as a response to the IMO’s decision to establish new sulphur content limits in marine fuels sailing in Emission Control Areas (covering the Baltic, the North Sea and the English Channel) from the 1st of January, 2015. Liquefied natural gas is perceived as one of key solutions to meet the new requirements.

The main aim of ‘LNG in Baltic Sea Ports’, co-financed by the EU TEN-T Multi-Annual Programme, is to foster a harmonised approach towards LNG bunker filling infrastructure in the Baltic Sea area. Seven ports are involved in the project – Aarhus, Copenhagen-Malmö, Helsingborg, Helsinki, Stockholm, Tallinn and Turku. Each of the project partners is planning the development of port infrastructure to offer LNG bunker stations to ship-owners in the future. The works in the ports focus on pre-investment studies such as environmental impact assessments, feasibility analyses for LNG terminals or bunkering vessels, project designs, regional market studies, safety manuals, etc.

The results of the studies will allow to start the physical investments in infrastructure for LNG tanking. Moreover, project works include a so-called ‘stakeholder platform’ which will facilitate a discussion among various actors, such as port authorities, shipowners, gas infrastructure providers, energy traders and bunkering companies. The platform will also welcome representatives from the North Sea who will share their knowledge and views on LNG.

The project’s idea is meant to deliver both credible know-how on LNG as a marine fuel and an answer to the IMO’s sulphur directive. This will also contribute to the realization of TEN-T Priority Area 21 (Motorways of the Sea) in compliance with the EU Strategy for the Baltic Sea Region – a model area for clean shipping.

The initiative’s efforts will be centred in the ’LNG Guidebook’ containing best practices, recommendations and standards on how to develop effective gas infrastructure in ports. The project will end on December 31st, 2014, just one day before ECA becomes the daily bread in the region for us all.

Baltic Ports Organization has announced the development of the “LNG in Baltic Sea Ports II” initiative within five ports of the Baltic Sea Region. The sequel project involves ports from Sweden, Germany and Lithuania. Three of them are TEN-T Core Network seaports and two are comprehensive ports. LNG small scale bunkering infrastructure studies are scheduled in the ports of: Helsingborg, Trelleborg, and Sundsvall, Rostock and Klaipėda (Klaipėdos Nafta).

The project builds on and at the same time is an extension of the well-established TEN-T project “LNG in the Baltic Sea Ports”. As such, it will contribute to achieving the results of the global project "Development of the LNG bunkering network in the seaports of the Baltic Sea region" as an element of the Baltic Motorways of the Sea programme.

Adding the partners of the succeeding BPO initiative to the seven ports from the ongoing TEN-T project- LNG in the Baltic Sea ports will result in the establishment of an extensive network of ports with planned facilities for LNG bunkering in the Baltic region (in total 9 of 22 Baltic Core ports and 2 comprehensive ports). This on its own will be a significant achievement in meeting the future clean shipping strategy in the Baltic Sea Region and in EU.

Financial Assistance Committee of the TEN-T Programme has recommended the project for TEN-T co-financing on 8th July 2014. The final formal approval by the European Commission is expected in early September.