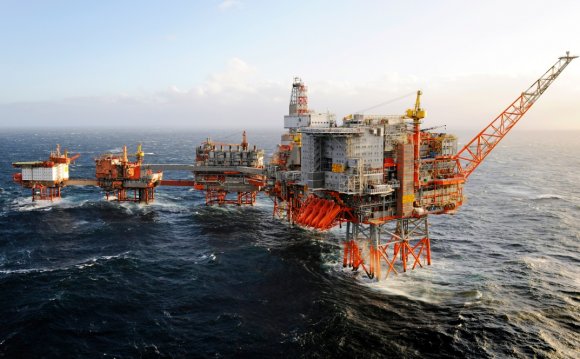 At its peak that year, the crude oil price hit just over $21 per barrel. In the Central North Sea, BP brought a new field online, producing oil and gas via a single fixed platform with accommodation for up to 80 people. Discovered back in 1974, commercial innovations had finally allowed the Andrew field to be developed into a viable operation.
And so the platform was designed - and constructed - to serve a sole purpose: to produce around 80, 000 barrels a day at most from a field with a suggested life expectancy of 18 years. Beyond that, there was no reason to consider any further requirements. Andrew was a platform of its time: weight and cost were key limiting factors under the financial constraints of the mid-1990s.

Fast forward to 2015 and this platform is transformed. Thanks to a major project sanctioned in 2011, it has undergone a significant overhaul, with the addition of new processing facilities and a top-to-bottom maintenance programme. The nearby Kinnoull field, discovered in 2008, has been tied back to Andrew and production began in December 2014.
Known as the Andrew Area Development (AAD), the project represents a rejuvenation for this part of the UK North Sea and will allow production to continue from the platform for another decade. “This has been a big project for us and the development is set to add another third to our production in the region, ” says Trevor Garlick, BP regional president for North Sea.