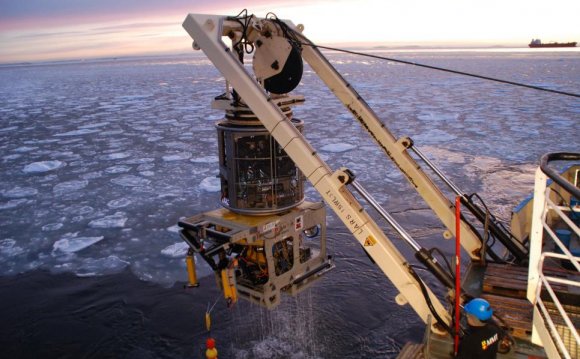 The Langeled Pipeline project, spearheaded by Exxon Mobil, Stat Oil and Royal Dutch Shell, was undertaken to exploit one of the world’s largest reservoirs of natural gas in Norway’s Ormen Lange (in Norse mythology: “Giant Serpent”) field, located on the Norwegian Continental Shelf. The project included the construction of a new gas terminal at Nyhamna to process the gas coming from Ormen Lange. A consortium now exports natural gas from Nyhamna to Easington on the east coast of England through this state of the art marine pipeline.

The pipeline has a length of 1, 166 km (745 miles) and delivers 26 billion cubic meters (900 billion cubic feet) of natural gas to the UK National Transmission System each year; the price tag came in at 1.7 billion pounds ($2.8 billion). At the time of completion it was longest sub-sea pipeline ever built.

Building the pipeline was an immense technological challenge. The North Sea bed is not a flat bottom but is a treacherous series of channels, trenches, and ridges and it has cyclical plate tectonic events, not to mention a number of existing pipelines. It plunges to depths of 5 km (3.2 miles) making water pressure a significant factor in design and construction. An autonomous underwater vehicle, Hugin, a product of Kongsberg Maritime, was employed to survey the sea bed, using advanced radar to determine the most cost effective route.

With an understanding of the features and hazards, design engineers went to work on plans to allow a 44 inch pipe, with 25mm (1 inch) thick walls, to negotiate the terrain while minimizing impact on fisheries and ecosystems.

In order to lay the pipeline a remote-controlled underwater excavating vehicle called the Nexan Spider, capable of moving underwater mountains, prepared the seabed floor. Three million tonnes of rock was brought to areas of the sea floor to level the terrain where needed.

The pipeline was built using 100, 000 pipe sections, each coated in asphalt to reduce corrosion and a stability coating of concrete. Two pipe laying ships, including Soltaire, the largest pipe laying ship in the world, laid 8 km (2.5 miles) of pipe a day. Once the pipe was laid, deep water hyperbaric welding teams welded the pipes together from inside an watertight enclosure called Pipeline Repair Habitat.

The project was completed in 2006 after three years of work and both Norway and the UK have benefited enormously from the project; the UK receives about 20% of its natural gas directly from the pipeline.

Michael Cooney, the founder of EngNet, worked as a project engineer for many years sourcing equipment. His passion and experience in the industry led to creating EngNet to connect engineers and industry suppliers. You can also find Michael on Google+.

The Great Bear Sea: No place for a pipeline