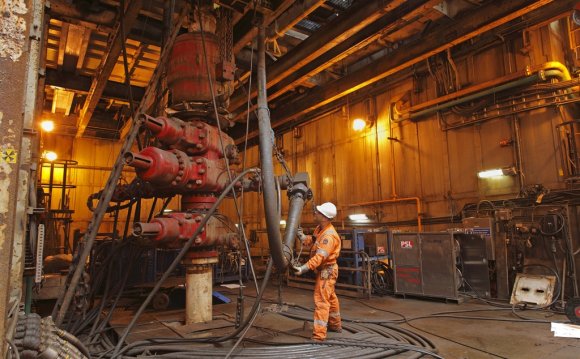 ValhallIs an oil field in the Norwegian sector of the North Sea. Discovered in 1975, production began in 1982 and is expected to continue until 2050. Valhall is located in 70 metres of water. It produces from chalk in the Tor and Hod Formations of Late Cretaceous age. The reservoir depth is approximately 2 400 metres.

The field was originally developed with three facilities (QP, DP and PCP) but now the complex consists of five separate steel platforms that are bridge-connected. There are also two unmanned flank platforms, one in the south and one in the north, both around 6 kilometres from the field centre.

The WP was installed in April 1996 and first oil production started in June the same year. WP has 19 well slots. A central location and spare available capacity make it possible for the Valhall complex to also receive oil and gas from several adjacent fields.

The WIP is a fixed steel platform, bridge linked to the existing Valhall WP. Water injection is expected to increase oil recovery from 31% to 38%. The integrated topsides has water injection facilities, seawater and produced water treatment facilities and power generation. The platform-based drilling rig's configuration allows for drilling and maintenance of wells on the new platform (24 wells total) and on the existing WP platform (19 wells total). The IP has integrated connections to the onshore operating centre.

The VFD consists of two identical unmanned wellhead platforms each equipped with 16 drilling slots and located about 6 km (one to the North and one to the South) from the existing Valhall Facilities where wellstreams will be processed.