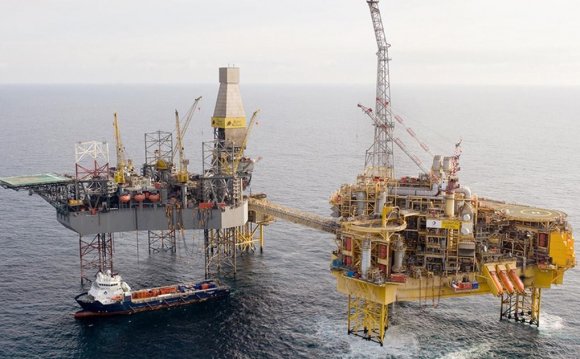 The Office for Budget Responsibility (OBR) has forecast receipts from North Sea oil and gas will be down by 94% this year to just £130m.

Unionist politicians claimed an independent Scotland would have seen a "catastrophic" fall in income.

The Scottish government had predicted revenues of up to £7.5bn in its independence white paper.

Chancellor George Osborne said there would have been "catastrophic cuts" if Scotland had voted for independence last year.

The watchdog is now predicting that oil revenues will raise about £0.1bn per year over the next four years - well below forecasts it issued in July.

Image copyright PA Image caption During his Autumn Statement, George Osborne said there would have been "catastrophic cuts" if Scotland had voted for independence

Opposition parties said the SNP should apologise for overstating predictions ahead of the independence referendum.

Labour MSP Jackie Baillie called for party leaders to "apologise to the Scottish people for misleading everybody on oil".

Ms Baillie, the party's public services spokeswoman at Holyrood, said: "(Deputy First Minister) John Swinney promised Scots oil revenues of £8bn in the year we would have left the UK.

"These figures expose the stark reality of the consequences of the SNP's plan for separation."

Scottish Conservative finance spokesman Murdo Fraser said: "These new oil figures only serve to demonstrate the shocking scale of the SNP's deceit before the referendum.

"Time and time again we were told that oil would pay. Despite numerous warnings, the SNP's white paper - overseen by Nicola Sturgeon - brushed all evidence aside in an attempt to deliberately hoodwink voters.

"Given these latest figures, Nicola Sturgeon and John Swinney should show they are prepared to move on by apologising for what was a deliberate and conscious decision to deceive people."

Scottish Liberal Democrat leader Willie Rennie said: "John Swinney should thank his lucky stars it's not him up there delivering a budget for an independent Scotland.

"His predictions of a second oil boom have gone bust. The 94% cut in oil revenues would have starved our NHS, schools and police of billions of pounds in a separate Scotland."

A spokesman for John Swinney said: "It is the Tories who should be apologising for their part in not saving a single penny of Scotland's vast oil revenues over the last 40 years - and for now scrapping the £1bn carbon capture plans which could have brought a major economic and jobs boost to Peterhead and the north east of Scotland.

"The reality is the UK government forecasts for oil prices were higher than the Scottish government's in the run-up to the referendum.