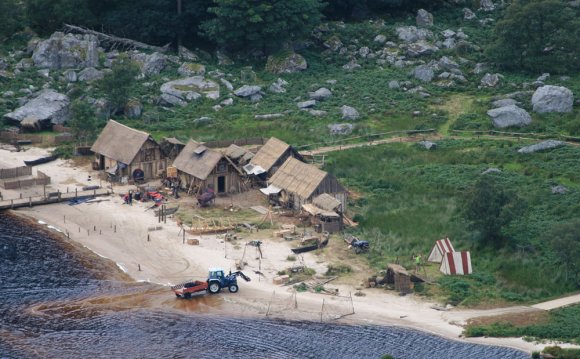 History Channel’s scripted drama Vikings will film a fourth season on location in Ireland this spring. The show is based at Ashford Studios outside Dublin and tells the story of the Nordic race.

“Vikings has raided the hearts of both audiences and critics, establishing itself as one of the most compelling, visually stunning dramas on television, ” said Dick Hoogstra, EVP and General Manager of History Channel and sister channel H2.

The series is mostly filmed on the standing sets at Ashford Studios, and in a Viking village built nearby.

Earlier this year Ireland boosted its filming incentive programme from 28% to 32% and expanded financial support to be applicable to the salaries of stars coming from outside the European Union. Dublin hosts TV series Penny Dreadful, from Skyfall writer John Logan, and was also used for period crime drama Ripper Street, doubling for Victorian London in both productions.

“It was a fantastic achievement to bring Star Wars to Skellig Michael during the summer. And we have become home to some of the biggest TV shows, including The Tudors, Vikings and Penny Dreadful, ” said Heather Humphreys TD, Minister for Arts, Heritage and the Gaeltacht, earlier this year.

“When these shows come to Ireland, they hire local talent and crews and make a huge contribution to the local economy.”