Where was Vikings filmed? 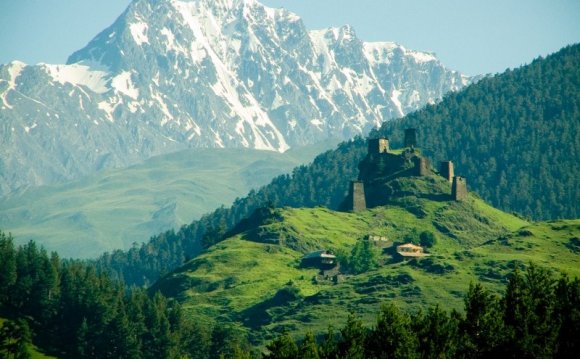 Historical drama Vikings has been given a third series and will continue to film on location in County Wicklow, Ireland, with a base at Ashford Studios outside Dublin. The show was History Channel’s first scripted series and tells the story of the infamous Nordic race.

World 2000 Entertainment produces the drama locally and has extensive experience of historical TV and feature film content, having worked on long-running show The Tudors, as well as Camelot and, more distantly, Antoine Fuqua’s 2004 version of King Arthur.

“Ashford Studios offers terrific stage space, which is necessary for high-end TV, ” says Morgan O’Sullivan, Managing Director of World 2000 Productions, which is based at the studios: “We offer the ability to produce feature film quality television in primetime.”

Vikings occupies all the stages at Ashford (below) and uses standing sets for the drama’s historic settings. Around 40% of the series is filmed on location and a Viking village set has been built nearby on a private estate owned by the studio’s founder Joe O’Connell. There isn’t room to host any other productions while Vikings is at the studios, but now that the drama is an established hit it could have a long-term economic impact on a similar scale to Game of Thrones in Northern Ireland.

“We originally shot visual effects plates in Norway, ” O’Sullivan explains, “but the country itself was too expensive at the time to use as a base for the full series, so we came back to Ireland to get the 30, 000 square feet of studio space we were looking for, not to mention the striking look of the countryside, which was of course very important. It would have been hard to make the series locally without the filming incentive.”

The series benefits from Ireland’s Section 481 filming incentive programme, which is currently worth up to 28% of the eligible local spend.

Also situated near Dublin is Ardmore Studios, which offers five sound stages. The Tudors was based here and the facility has most recently hosted Penny Dreadful, a new gothic drama series created by Skyfall co-writer John Logan and set in Victorian London.

History Channel has expanded on the success of Vikings with hugely successful Western miniseries Hatfields & McCoys, which doubled Romania for the eastern US telling the true story of a bloody 19th Century dispute between two rival families. The channel will be staying with the Western genre for a new miniseries tentatively titled Texas Rising, which will recount the events of the Texas Revolution in the 1830s.