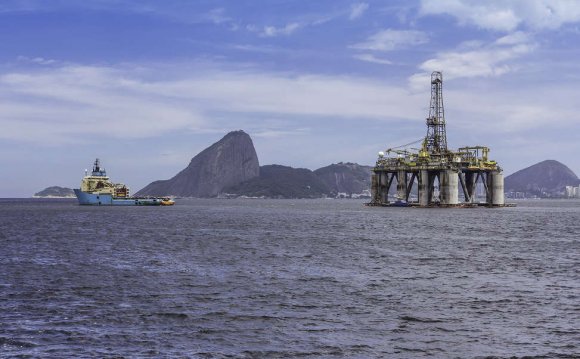 His first assignment for his new employer, well 2/4-1 (the original name is 2/4-1X), nearly ended up as a terrible disaster. The well was spudded on August 21 with Ocean Viking and Max was there from the very first turn of the drill. He was prepared to describe cuttings through a 3, 000 m thick section of boring clay and shale before entering the reservoir. The Quaternary and Tertiary clay is soft and the drilling is fast. After only one week casing had been set at 146m (30’’) and 623m (20’’). Drilling had resumed and at 1, 663m, on Sunday morning August 31, the formation pressure increased tremendously and oil flowed into the wellbore and the mud tanks.

“Oil was gushing out of the borehole and it took a while to control it, to the point that we eventually lost the well, ” says Max of this dramatic moment.

No one was prepared for this, meaning that the mud weight had been too low to resist the formation pressure. Thanks to a highly competent drilling crew, the “kick” was controlled before it ended up as a blowout. “The incident was reported in the Norwegian press as a near blow-out. Thanks to Ed Seabourn, the famous Phillips rig supervisor, it was excellently controlled, ” Max says.

“When in Oslo, in the Phillips office, I was the junior member of the exploration team led by Hank Heikkila, an excellent geologist, an American of Finnish origin. He was a blond, tall, always smiling scientist who was leading the search for oil and gas in Norway, ” Max remembers