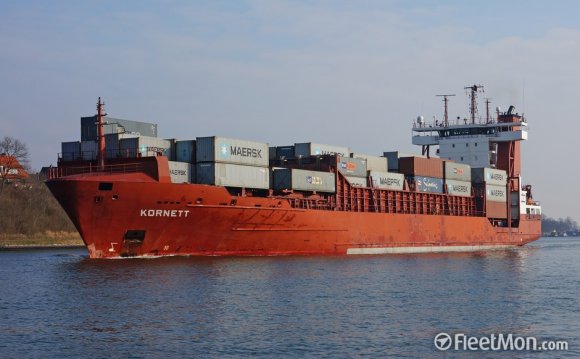 In the weekly service, two 1A ice-class ships are in use, the ‘Emotion’ with a capacity of 1, 440TEU as well as the 1, 730TEU, newly built ‘CMA CGM Volga’ (alias ‘FESCO Vitim’). The ‘CMA CGM Volga’, built by Polish shipbuilders Stocznia Szczecinska, is 184.7 metres long, 25.3 metres wide and has 250 connections for reefer containers. This makes ‘CMA CGM Volga’ the largest container ship that regularly calls at the Port of St. Petersburg. With a load-bearing capacity of 22, 500 tonnes, the ship reaches a maximum draught of 9.9 metres and has a service speed of 19.7 knots. St. Petersburg is the largest Russian port on the Baltic Sea. In the past five years, container traffic between Hamburg and St. Petersburg increased fourfold. Container traffic achieved growth of 22 percent in 2007 and reached a volume of 730, 000 TEU. On the average, there are 30 weekly departures in the direction of Russian Baltic Sea ports starting in Hamburg from 14 different feeder companies. The high departure density makes it possible for export loads to also be transported via Hamburg to Russia several times a day.

Diving in the Baltic Sea Hirsholmene, Denmark - Diving in Sea