Where is the Edge of the World? 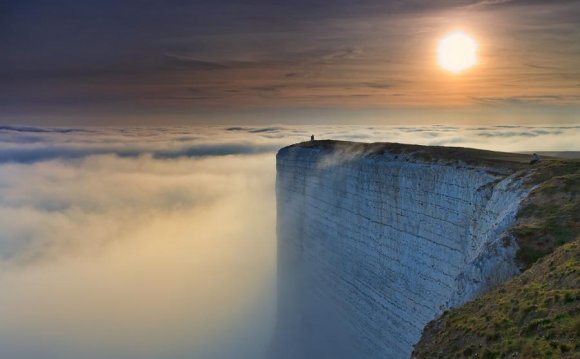 RENAISSANCE cartographers portrayed the edge of the known world as an evil, enchanted place, where storms raged and bizarre creatures lurked. Sailors foolhardy enough to venture there were believed to face certain death. Yet resolute explorers pushed the world's edge ever farther back, until the map finally wrapped around the globe. The known world is now the entire world. Almost: adventurous travelers can still capture the feeling of arriving at the edge of terra cognita by visiting Tasmania. Australia itself is remote from almost everywhere else, but Tasmania, a small island state, which dangles like a pendant from the mainland's southeastern tip, is about as far from anywhere as it's possible to go. The island is an enchanted place, but a decidedly hospitable one. It does rain from time to time, but Tasmania has no more storms than most other places. All manner of bizarre creatures lurk in the wilderness, but it's a fainthearted explorer who's afraid of wallabies, wombats, and platypuses. Tasmania has within manageable compass almost everything that attracts travelers to Australia. It's as if the mainland's essence were distilled and concentrated in one compact place. Its coastline is as gorgeous as the Great Barrier Reef; its interior wilderness contains one of the largest stands of virgin temperate rain forest in the world, incomparably rich in wildlife; its historical heritage is fascinating and well preserved; its food and wine are superb. The only thing Australian it lacks is desert.

Tasmania is also amazingly undervisited: the island receives fewer than 75, 000 foreign travelers a year (the Empire State Building gets that many visitors in a week), though it's very popular with mainland Australians. You can walk for hours in the national parks and not meet any other two-legged creatures, unless they be wallabies or kangaroos. Travelers planning a trip to Australia this fall for the Olympic Games might consider getting away from the crowds for a week in scenic, salubrious Tasmania. North American fall is the Antipodean spring, a good time to visit. The only time to avoid is Tasmania's damp, cold winter - our summer months. And the prices will make you think you've traveled back in time twenty years. Sydney is a bargain for Americans, but Tasmania is downright cheap: when you convert your American dollars into Australian ones, they swell in the most pleasing way.

Within Temptation Edge Of The World

Marilyn Manson - Running To The Edge Of The World

KATAKLYSM - "At The Edge of The World" at Summer Breeze ...